Does Trump Plan to Restart the Afghan War? 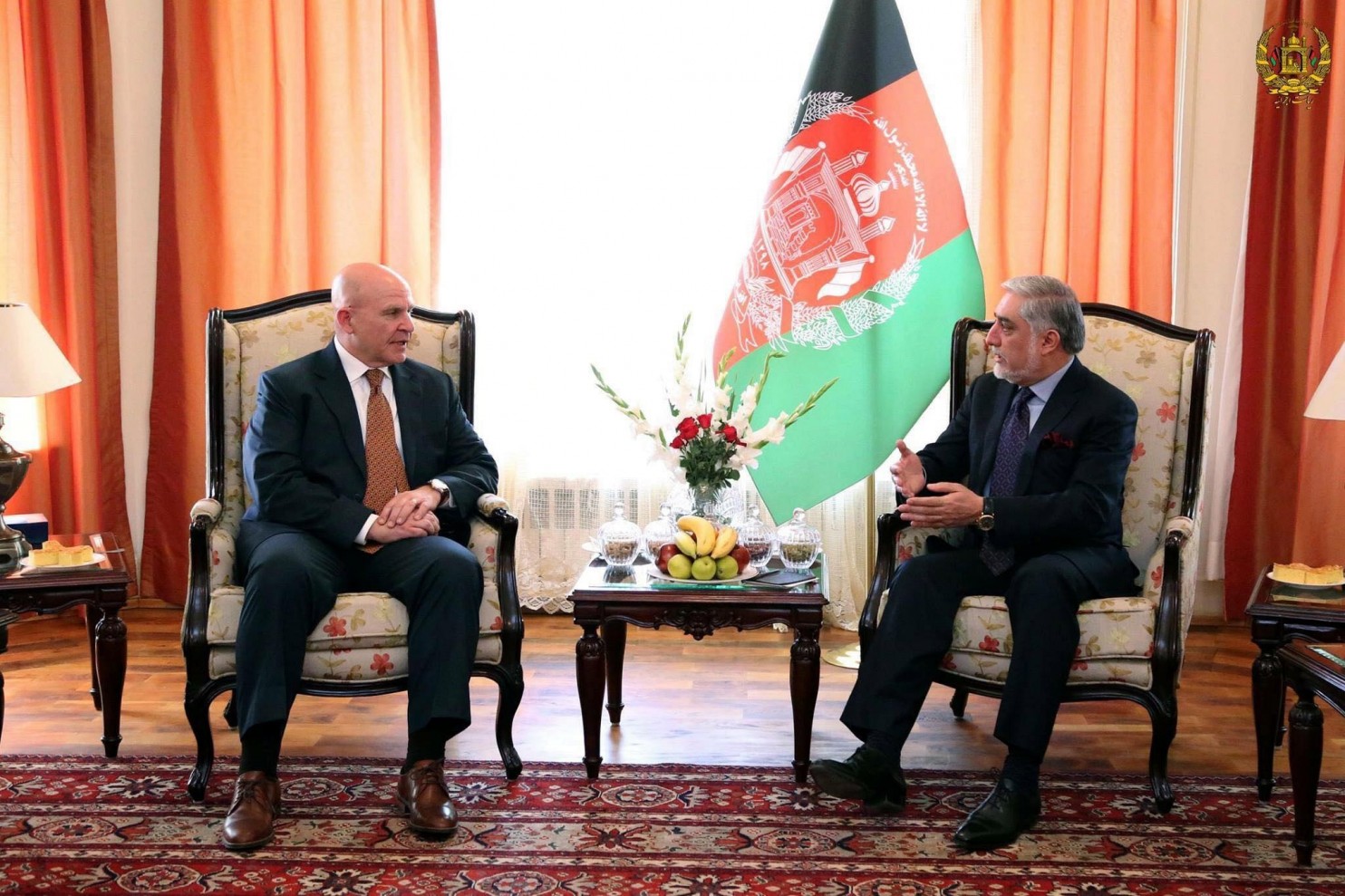 General H. R. McMaster is sitting in a place no one would wish on their worst enemy. He is in the middle of a compromised regime. The Trump Regime is not an administration because it is not legitimate. We now know that the Russians helped Trump win the presidency and that his first National Security Advisor was compromised by the Russians.

Trump's second National Security Advisor paid a visit to Afghanistan last month. What does that mean? It means we're headed to a restart of operations in that country:

President Trump’s most senior military and foreign policy advisers have proposed a major shift in strategy in Afghanistan that would effectively put the United States back on a war footing with the Taliban.

The new plan, which still needs the approval of the president, calls for expanding the U.S. military role as part of a broader effort to push an increasingly confident and resurgent Taliban back to the negotiating table, U.S. officials said.

The plan comes at the end of a sweeping policy review built around the president’s desire to reverse worsening security in Afghanistan and “start winning” again, said one U.S. official, who like others spoke on the condition of anonymity to discuss internal deliberations.

The new strategy, which has the backing of top Cabinet officials, would authorize the Pentagon, not the White House, to set troop numbers in Afghanistan and give the military far broader authority to use airstrikes to target Taliban militants. It would also lift Obama-era restrictions that limited the mobility of U.S. military advisers on the battlefield.

The net result of the changes would be to reverse moves by President Barack Obama to steadily limit the U.S. military role in Afghanistan, along with the risk to American troops and the cost of the war effort, more than 15 years after U.S. forces first arrived there.

Trump is expected to make a final call on the strategy before a May 25 NATO summit in Brussels that he plans to attend.

So, just when it looks like the Russia-Trump link has been solidified, we get to the real heart of the matter--the war with Afghanistan's Taliban forces means more money for the military-industrial complex, more stories about U.S. troops being deployed to war, and more distractions for the media.

It stands to reason--if ISIS in Iraq and Syria is our number one threat, why wouldn't we go fight the Taliban in Afghanistan? Hey, they have ISIS there too:

ISIS’s future prospects in South Asia look dim. Not only has it missed an opportunity to integrate large numbers of Afghan and Pakistani Taliban dissidents into its network, it also has failed to demonstrate the ideological flexibility to make serious inroads in an Islamically heterogeneous South Asia. ISIS demands that those within its network adopt its takfiri variant of Salafism. In contrast, al-Qaeda, which fomented insurgencies in Afghanistan and Pakistan post-9/11, cooperated with Sunni Islamist and jihadist groups that were not Salafi or transnational, realizing its dependence on local actors.

So, exactly where ISIS is faltering and falling apart, we play into their hands and re-start a costly war with an adversary who does not threaten U.S. interests. At precisely the moment where their movement is coming apart, we send U.S. troops in and likely drive hundreds if not thousands of recruits into their arms.

And why wouldn't the U.S. get further bogged down in a land war in Asia? It's not like that would play into the hands of the Russians, right?