By the Way, Trump is Insane 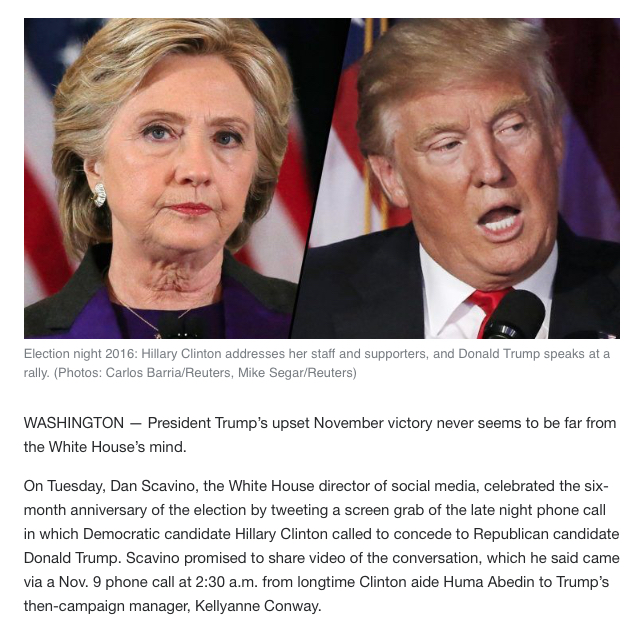 Here comes proof that these are not normal times.

Trump is actually "threatening" to share video of Hillary Clinton conceding the election to Donald Trump.

Think about that for a minute.

Hillary Clinton conceded the election because that's what we do in this country. We peacefully transfer power and we observe the rule of law. She did that. She was the better person. She did not start throwing around accusations that the voting was rigged. She did not call for people to lock Trump up. She conceded. She was classy. Well, they hate that about her, too.

Well, how about them apples?

Trump is insane. Anyone who says otherwise is complicit in the collapse of the United States of America. The fact that this is a threat, that it is something the sitting president would do, is beyond comprehension. Every day, Trump says and does crazy shit. This is the kind of crazy shit that goes well beyond the pale.

Where are you, Republicans? What country are you living in? It ain't the one we used to have.