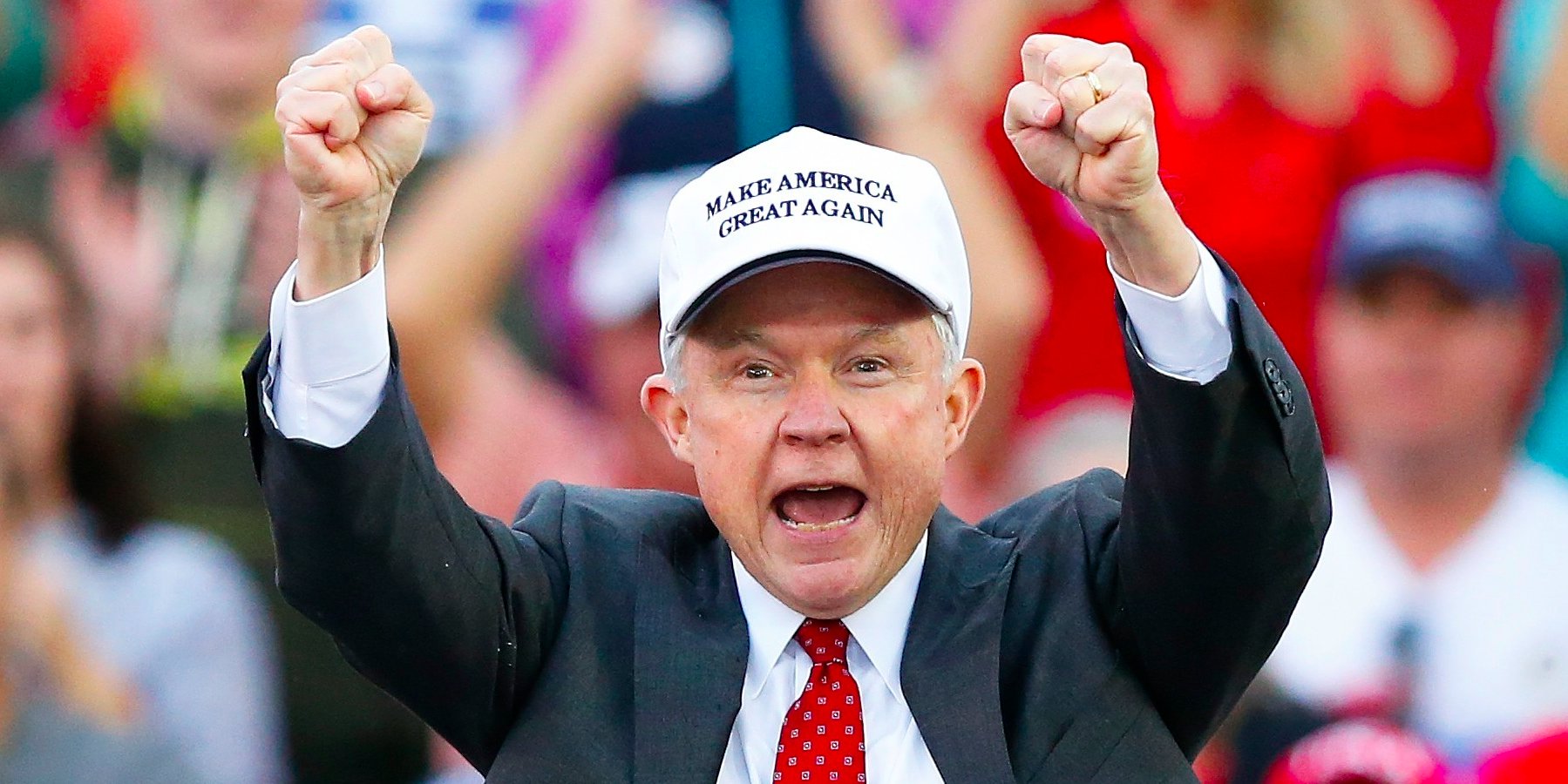 This is not hyperbole. This is a fact. Attorney General Jeff Sessions should be charged with a felony for lying on his application for a security clearance:

Attorney General Jeff Sessions did not disclose meetings he had last year with Russian officials when he applied for his security clearance, the Justice Department told CNN Wednesday.

Sessions, who met with Russian Ambassador Sergey Kislyak at least two times last year, didn't note those interactions on the form, which requires him to list "any contact" he or his family had with a "foreign government" or its "representatives" over the past seven years, officials said.

The new information from the Justice Department is the latest example of Sessions failing to disclose contacts he had with Russian officials. He has come under withering criticism from Democrats following revelations that he did not disclose the same contacts with Kislyak during his Senate confirmation hearings earlier this year.

Sessions initially listed a year's worth of meetings with foreign officials on the security clearance form, according to Justice Department spokeswoman Sarah Isgur Flores. But she says he and his staff were then told by an FBI employee who assisted in filling out the form, known as the SF-86, that he didn't need to list dozens of meetings with foreign ambassadors that happened in his capacity as a senator.

The reason why Sessions lied on his security clearance form is simple--he thought he was going to get away with it. Not only did her perjure himself in front of Al Franken and the Senate committee charged with providing advice and consent on his nomination, but now the Attorney General of the United States can't even fill out a form properly. Sessions should resign and find himself a lawyer who has handled security clearance cases.

Holy cow! What a game changer! These people are too incompetent not to end up in jail before all of this is over.