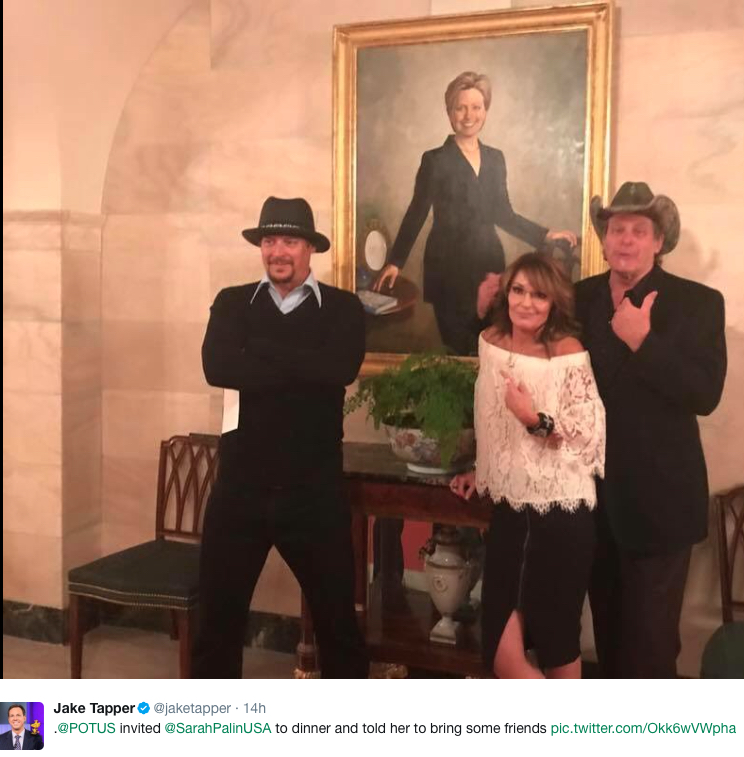 This is how conservatives act in the White House. Like trash, brought in there by other trash who are there temporarily.

The sum total of the public accomplishments of the three individuals posing in front of the First Lady's portrait are laughably miniscule. Kid Rock? Ted Nugent? Sarah Palin? 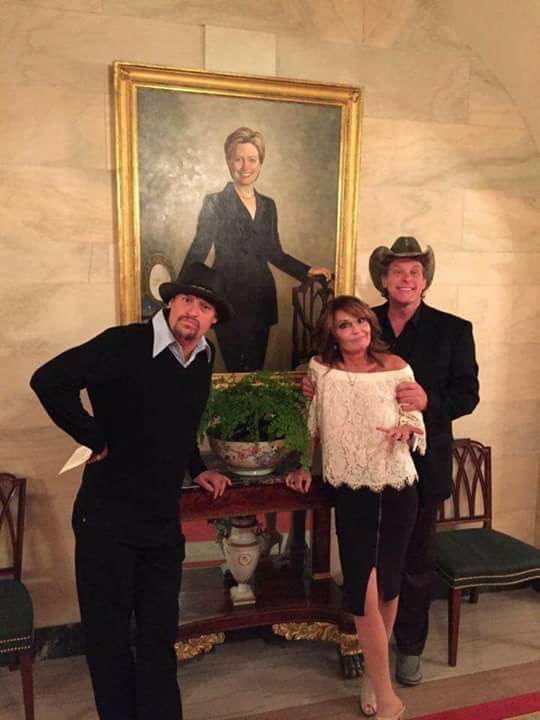 Clearly, this was not just a one-off kind of a thing. They posed from several different angles and wanted their social media trophy--a photo mocking the former First Lady. What have they done for this country, other than milk money out of suckers in exchange for half-assed music, half-assed conservativism, and half-assed entertainment?

Before any of these people knew who she was, Hillary Clinton had already done more for children than any of these three idiots will ever do in their entire lives.

Oh, and hats? Indoors? At the White House? What the hell is wrong with these people?