Trump Pats Marine on the Back 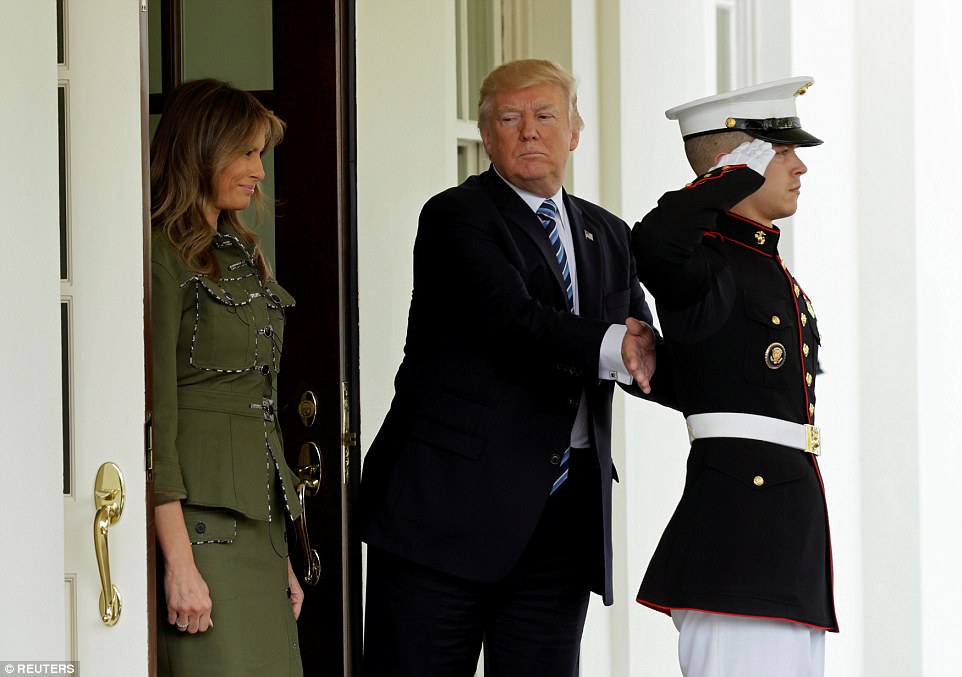 I can assure you of one thing. If President Obama had patted a Marine, in full salute, on the back, we would see so much outrage from Republicans, it would break the Internet in an hour. There's no way he would have escaped criticism for coming into physical contact with a member of the military performing a salute and a million barrels of ink would be spilled by columnists and pundits trying to come up with a way of expressing shock, horror, and indignation at such a breach of protocol.

In this case, a man with absolutely no knowledge whatsoever of customs and courtesies thinks he's in the right when he pats this Marine on the back. The poor kid probably thought he was being assaulted by a stumbling bag of orange circus peanuts. Jeebus.

Never, ever touch a member of the military while they're rendering a salute. Just. Don't. Do. It.