Trump is Much Worse Than George W. Bush 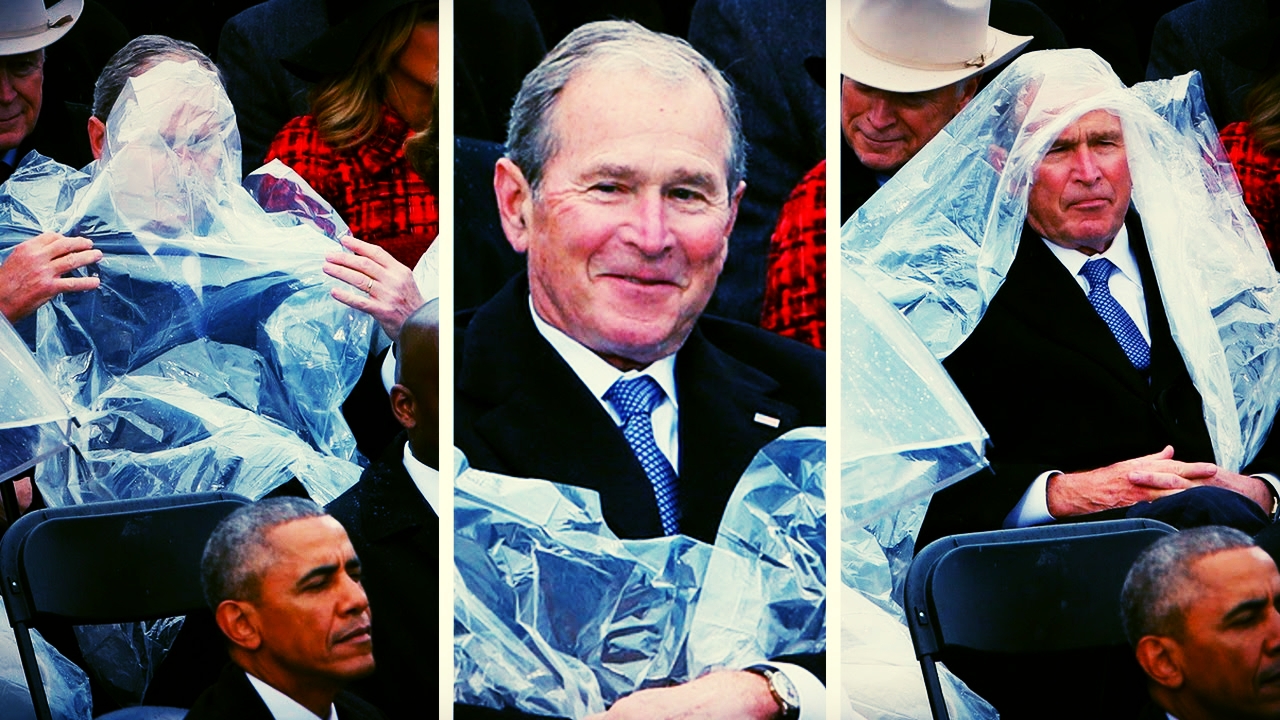 I think Jonathan Chait is on the money here:

The ideological distance between Trump’s economic and foreign policy and George W. Bush’s has collapsed.

From the perspective of 2017, more than eight years after Bush departed office, the comparison between the two presidents may sound comforting. That is largely because Bush has disappeared into his painting studio, his reputation benefitting from both his general absence from the political scene and the particular contrast with his frightening, orange quasi-nemesis. It is easy to look back on Bush’s tenure as comparatively benign — but Bush’s presidency was a period of gross misgovernance. His legacy includes not only Iraq and Katrina, but his obsession with cutting taxes for the rich, a comprehensive fealty to the business lobby, rampant corruption, refusal to take any steps to limit climate change, and a deregulatory agenda that set the conditions for the worst financial crisis since the Great Depression.

The Bush presidency was the most comprehensive governing failure of any administration since at least Herbert Hoover, and it ought to have poisoned the party’s national brand as deeply as it did Hoover’s GOP (which did not win another presidential election for twenty years). But the Republican Party managed to largely skirt the reputational fallout from the Bush catastrophe. It did so, in part, through the tea party: Conservatives hailed right-wing protests against Barack Obama as a call for ideological purity, cleansing the supposed big-government, cronyist tendencies of the Bush administration. The Republican Party of the Obama era insisted it had learned the lessons of the Bush years, when its agenda had devolved into little more than shoveling cash to K Street. The post-Bush GOP was allegedly sadder and wiser and filled with righteous abhorrence for the temptations of lobbyists and deficit spending.

The evidence suggests that Trump's regime (it is not an administration, because that word has some basis in respecting institutions and the rule of law) is utterly lawless and unhinged and virtually unstaffed at every level. It is inherently racist at all levels, and none more so than in the office of the Attorney General. The U.S. Department of Justice is in the hands of an elfin white supremacist who simply hasn't the time to put on his hood before showing up for work. Incompetent reigns at all levels under Trump. In the Bush Administration, when officials were proven to be incompetent, they were actually fired.

For example, consider the case of Michael "Brownie" Brown and his inept leadership at FEMA. In the Bush Administration, which was awful at every level, a Brownie gets hired, is given a chance to dismantle or disrupt the organization, and is expected to make everything reflect well enough on Bush to keep the media at bay. When it was apparent that Brown was incompetent, he was fired, but only after lengthy deliberations.

In a Trump regime, not only is Brownie kept on the job, he can expect a promotion if he can steal for Trump and his children, satisfy his handlers in Moscow, and associate openly with Nazis, public masturbators, wife beaters, pussy grabbers, winos and thugs. A Trump appointee must ignore the law, defy the media, and look good on television. Therein lies the difference.