Tom Cotton Thinks We Achieved Something in Syria 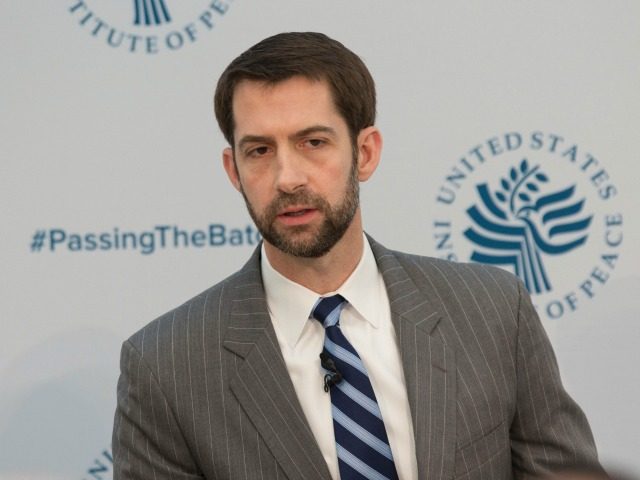 The world is laughing at the United States. Our President is an absolute disgrace. He is surrounded by Nazis, racists, and boobs. But Tom Cotton thinks we achieved something important by bombing the parts of Syria that the Russians told us it was okay to bomb:

After President Bashar al-Assad of Syria once again attacked his own citizens with poison gas, the civilized world recoiled in horror at images of children writhing in pain and suffocating to death. President Trump voiced this justified outrage at a news conference on Wednesday, and the next day he took swift, decisive action against the outlaw Assad regime. But these strikes did more than simply punish Mr. Assad and deter future attacks; they have gone a long way to restoring our badly damaged credibility in the world.

It’s hard to overstate just how low the standing of the United States had fallen because of President Barack Obama’s failure to enforce his own “red line” against Mr. Assad’s use of chemical weapons in 2013. I was one of the few Republican members of Congress who supported strikes against Syria then. Because of that, I’ve heard from dozens of world leaders expressing their doubts about the security commitments of the United States.

President Obama was ready to order airstrikes in Syria years ago. But he put it on Congress to authorize the use of force. Guess what? Congress refused to do its job.

It's really, really hard to overstate just how far American prestige has fallen because America now has to ask Russia for permission to carry out unilateral military strikes. We couldn't even bomb the thing we were supposed to bomb. The mere details of this arrangement are enough to warrant impeachment and trials for treason. And yet, Cotton believes that having Trump calling the shots is preferable to any other situation. We accomplished nothing. Syrian planes are back in the sky primarily because we didn't hit the airfield with heavy ordinance and with tactics that would have reduced it to rubble. Great job, everyone.

And if your liberal friends on Facebook are mad because you didn't think this was a good idea, tell them to go pound sand. You don't solve problems in the Middle East by bombing people.