There is No Command and Control of Our Military Right Now 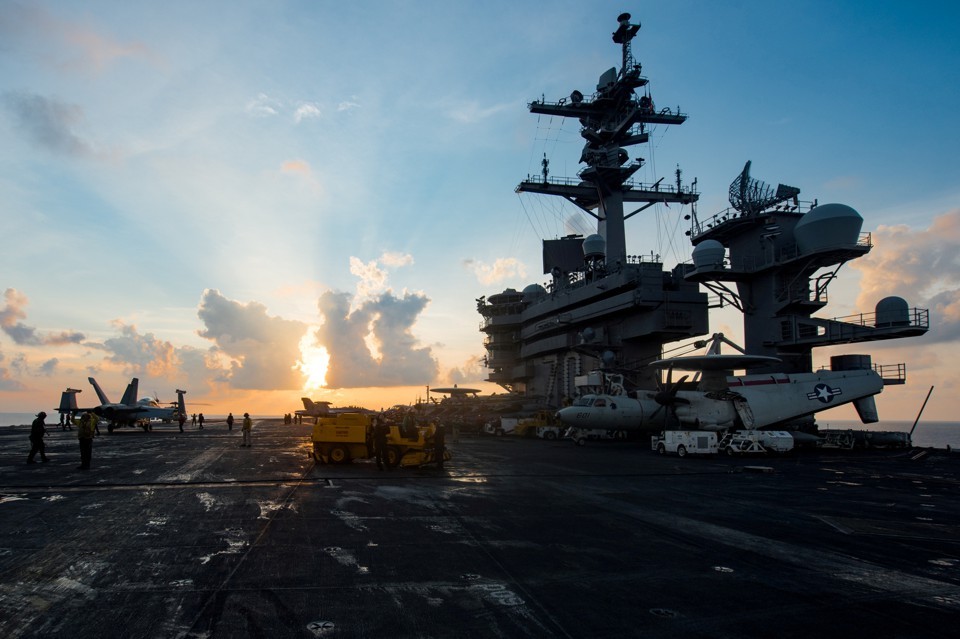 This is what happens when you elect an incompetent boob to the presidency:

On April 9, as tension between the U.S. and North Korea over missile tests rose, the U.S. announced it was dispatching the USS Carl Vinson, an aircraft carrier, and its retinue, toward the Korean peninsula.  “U.S. Pacific Command ordered the Carl Vinson Strike Group north as a prudent measure to maintain readiness and presence in the Western Pacific,” a Navy spokesman said at the time.

There was one flaw in the plan, as The New York Times reports:

The problem was, the carrier, the Carl Vinson, and the four other warships in its strike force were at that very moment sailing in the opposite direction, to take part in joint exercises with the Australian Navy in the Indian Ocean, 3,500 miles southwest of the Korean Peninsula.

The result is the sort of thing that would comical if it didn’t involve nuclear brinkmanship. The announcement of the Vinson’s movement jacked up the tension between Washington and Pyongyang, which called the travel “reckless” and thundered, in a statement to CNN, “We will make the U.S. fully accountable for the catastrophic consequences that may be brought about by its high-handed and outrageous acts.” Had the North Korean government, unsure how to interpret Trump’s tough rhetoric, actually started a hot war, the Vinson would have been 3,500 miles away, rather than ready to act.

Guess what happens the next time one of our allies expects us to do what we say we're going to do--they'll just laugh and go their own way. We have no credibility. We have no one in charge. We have people for whom lying is the standard and treason will be tolerated.

The standards for every subsequent Democratic Party president are now so low--and should be considered practically non-existent--that I am going to completely and utterly blow a gasket when some future Republican Party sycophant criticizes some future Democratic President of so much as failing to return a crisp salute when walking down the steps of Marine One.

They lost an American aircraft carrier? Pshaw. We're going to have to apply a standard form of skepticism to every utterance from this regime. King Leer himself is losing his kingdom, and maybe we should start preparing for armageddon or simple economic meltdown just in case.