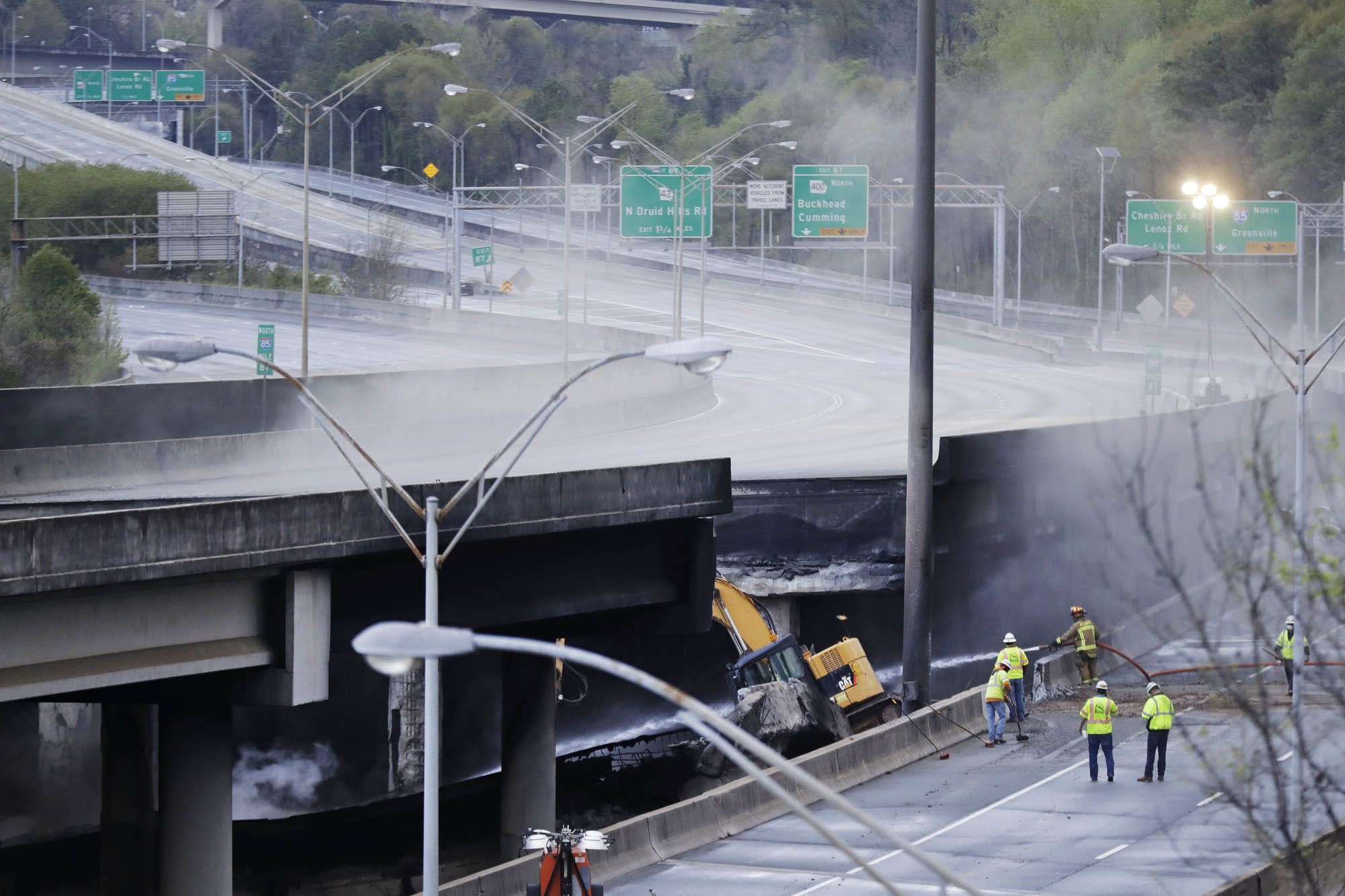 Commuters in Atlanta have tough days ahead:

As crews rushed to clear debris from a major Atlanta interstate span that collapsed in a raging fire, commuters in the Southeast's largest city braced for the first full workweek without the key link to some of the city's biggest suburbs.

Officials pledged after Thursday's collapse of a 350-foot section of Interstate 85 that a replace bridge would be built as soon as possible. But crews were working around the clock again Sunday to finish removing scorched debris from the collapsed northbound span and removing the southbound span weakened by the blaze.

After that, a replacement bridge could take months to build.

The fire was started by a man smoking crack under the bridge in an area north of downtown Atlanta where the state of Georgia stores noncombustible, construction materials, authorities said. It rapidly grew with smoke billowing high above the city's skyline. It didn't take long before chunks of concrete weakened by the high heat began flying off the bridge, leaving firefighters to scramble away for safety. No one was injured.

The closed section of I-85 is a key link to Atlanta's northern and northeast suburbs. It carries about 400,000 vehicles a day in a city where there are surprisingly few alternative routes for its size.

This is the sort of thing that should get people talking about two issues.

One, we need to build the kind of infrastructure that allows for these things to happen. Atlanta has already fought mass transit improvements, most notably when it built a new baseball stadium for the Braves, and it already has terrible traffic problems. Someone needs to provide some innovation and leadership.

Two, we need to normalize the idea of working from home. Yes, a lot of companies are resistant to this, but, at the end of the day, it should be an option for anyone who can do so.