Spicey Has Lost His Mind 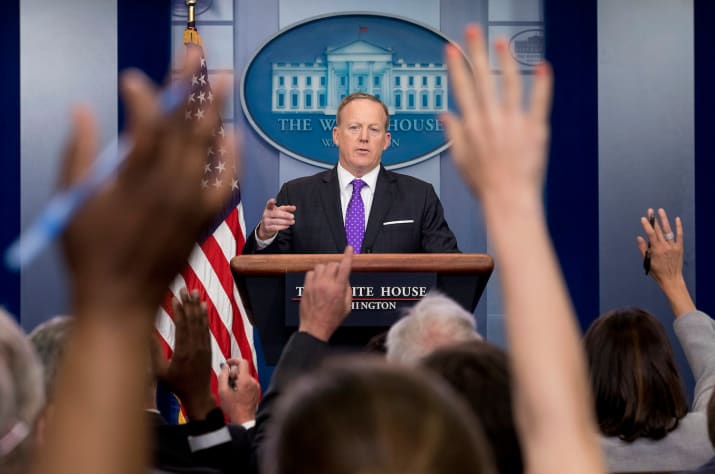 This is how Spicey gets himself out of a jam:

At the White House press briefing on Thursday, spokesman Sean Spicer was asked if the administration had properly vetted Flynn before naming him as national security adviser. Instead, Spicer suggested it was the Obama administration that had dropped the ball on Flynn.

"My only point is that when General Flynn came into the White House he had an active security clearance that was issued during the Obama administration, with all of the information that is being discussed that occurred in 2015," Spicer said, referring to the payment from Russia.

My only point is that it was the Obama Administration that fired Flynn because he was unfit to lead the Defense Intelligence Agency. That should have ended Flynn's career, but it didn't, because the Trump Regime needed someone who had credibility on intelligence and defense matters.

Flynn, of course, had none of those things.

At no point during any of this discussion was it made apparent that Sean Spicer has actually lost what is left of his mind. Forced to defend the fact that Donald Trump hired Michael Flynn, and then fired him for lying to Mike Pence, Spicer literally went for the only defense available.

"Everything is President Obama's fault."

Get used to hearing that phrase in the weeks and months ahead.