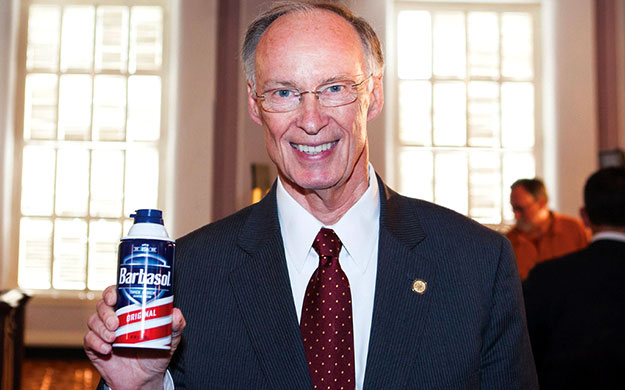 Today, Robert Bentley resigned as governor of the State of Alabama.

Alabama Gov. Robert Bentley announced his resignation Monday in the face of impeachment hearings over allegations that he tapped state resources to facilitate and hide an extramarital affair with a former aide.

Bentley made the announcement, effective immediately, shortly after he was booked into Montgomery County Jail and pleaded guilty to two misdemeanor charges related to campaign finance rules. He was charged with one count of failure to disclose information on a statement of economic interest, and for failure to file campaign finance reports, according to AL.com.

Now, I don't know if you remember the name Don Siegelman, but, basically, Don was railroaded by the justice system in Alabama. He served in prison, and now he's out. If you compare Bentley's abuse of power to what they accused Siegelman of doing (which was, basically, governing while a Democrat), then the only logical conclusion was to demand that Bentley serve at least twenty years in prison. Anything less would be a complete and utter miscarriage of justice. And that's being lenient:

The four charges, which were referred to the Montgomery County District Attorney for further investigation, are largely vague. The Commission said one charge violated the State Ethics Law, and the other three violated campaign finance laws.

All of the charges are class B felonies punishable by up to 20 years in prison.

But, who are we kidding here? Bentley won't serve a day in jail. He's a Republican.

On Monday afternoon, Bentley was booked into Montgomery County Jail on two misdemeanor campaign finance charges. He pleaded guilty to failing to file a major campaign finance report and converting campaign money for personal use, was sentenced to a 30-day suspended sentence and 12 months of unsupervised probation, ordered to pay $50,000 in fines and must serve 100 hours of community service.

Fuckers, all of them. Bentley committed at least four felonies.