No One Knows What's Going On 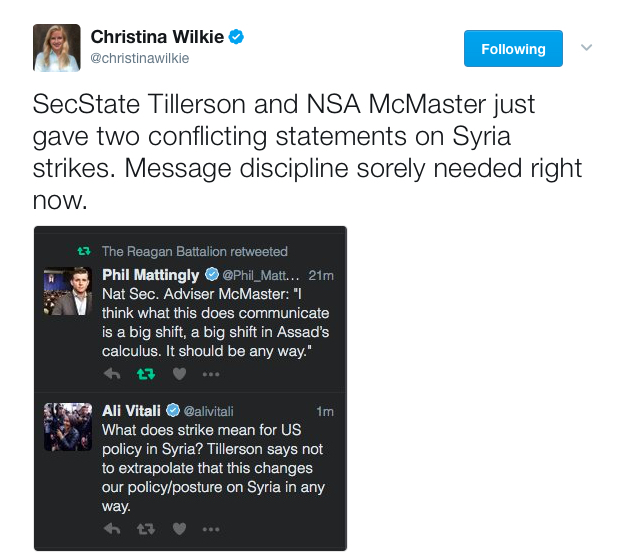 Hours after launching cruise missiles into Syria, the National Security Advisor and the Secretary of State have no idea what the other one is saying in public about basic foreign policy.

The U.S. government is filled with senior staff positions that have not been filled. There is no functioning State Department right now. Few, if any, senior positions in the government have been filled by the Trump regime. Individuals who wouldn't have gotten a second look in a Romney Administration are in charge of the basic functions of a government led by an old man wandering around on his own golf courses. He's had the greatest 13 weeks ever, but it's only been eleven.

Tell me again that it's a great thing that we have started another war in the Middle East.