Mike Pence Can Murder Commies With His Eyes 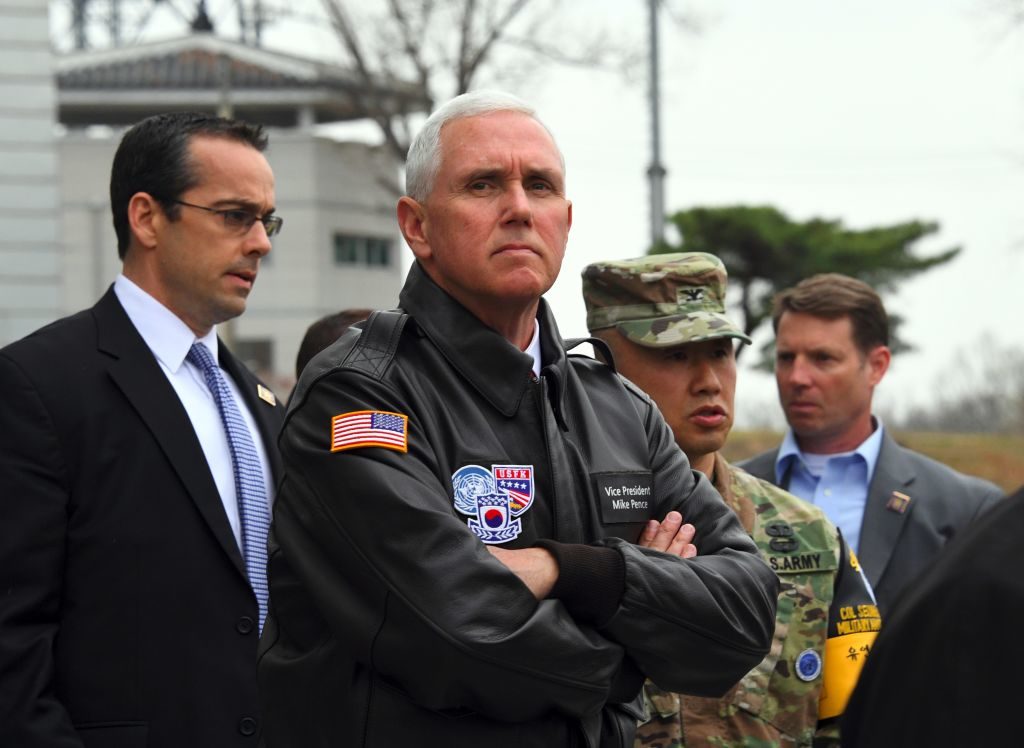 Mike Pence isn't just the Vice President of the United States. He's a rock-hard man of seriousness, and he's here to stare down our enemies and make them pee all over themselves:

Vice President Mike Pence made a surprise trip the Korean Demilitarized Zone on Monday, reportedly breaking his security plan in order to get a closer look at North Korean troops amid increased tensions in the region.

The vice president wasn’t supposed to go outside, but he told his security detail it was something he wanted to see, CNN reported.

No word yet on how many of North Korea's soldiers collapsed as if Charles Xavier himself had turned their minds to peanut butter. But, let's not forget that the Vice President unnecessarily exposed the U.S. Secret Service and a handful of Eighth Army officers to men trained to shoot guns at human beings in exchange for meager amounts of food and shelter.

What God fearing man carouses about a foreign country in a leather jacket given to him as a gift, surrounded only by men, by the way? Oh, this guy. He's a real hoot, let me tell ya.

Oh, and Facebook being what it is, this post has already been misunderstood as "serious." As in, people would seriously think that Pence's stare would frighten the North Koreans guarding their half of the DMZ. Sheesh!