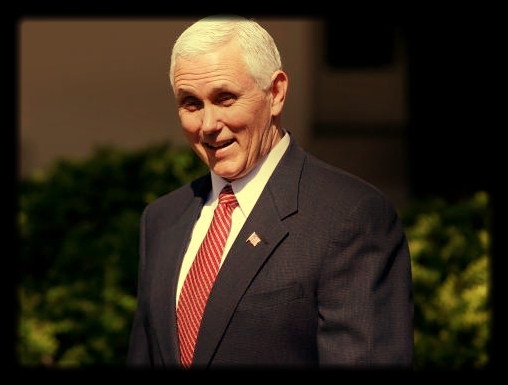 Someone should warn Mike Pence not to go where Trump is going to start another war:

U.S. Vice President Mike Pence will travel to South Korea on Sunday in what his aides said was a sign of the U.S. commitment to its ally in the face of rising tensions over North Korea's nuclear program.

Pence's Seoul stop kicks off a long-planned 10-day trip to Asia - his first as vice president - and comes amid concerns that Pyongyang could soon conduct its sixth nuclear test.

President Donald Trump has warned against further provocations, sending an aircraft carrier group to the region as a show of force. His officials have been assessing tougher economic sanctions as well as military options to curb North Korea's nuclear ambitions.

This is how Jared Kushner gets rid of Pence and takes the job of Vice President for himself because Pence has fallen for the oldest trick in the book (it's the one where you send your Vice President somewhere and then start a war, I think). We will discover shortly thereafter that Pence was the mastermind behind everything that has gone wrong, up to and including the bankruptcy filings and the marriage to Marla Maples.

As soon as Pence lands, Trump and Kushner will tell the Navy to start shooting at North Korea or something dumb like that and then it will be time to go play golf. I don't think Bannon makes these calls anymore.

Trump has to find a way to get rid of everyone who can link him to Russia. What better way than to send his closest advisors to future war zones? Watch for more tactical moves like this in the weeks ahead.