I Think They Can Fire Spicey Now 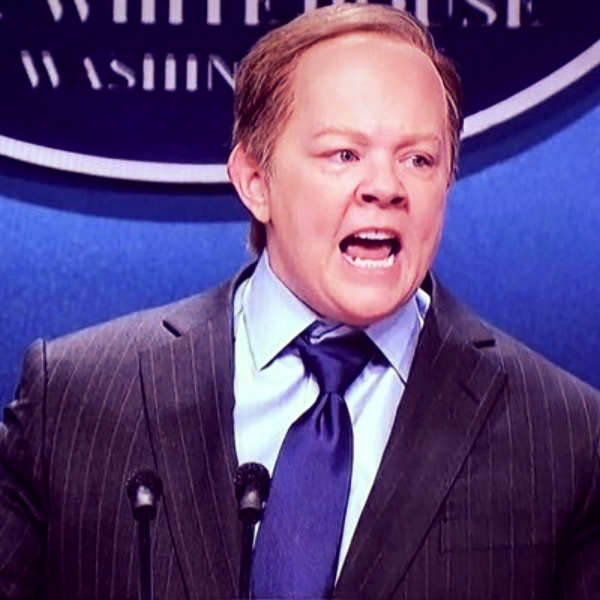 It's Passover. The Trump Regime is filled with Nazis, like Sebastian Gorka. They just went through a controversy over the Holocaust where they, um, forgot to mention the Jewish people. They have a real, and verifiable, problem with failing to accurately note and honor actual human history. And Sean Spicer is a complete and utter boob. So, now that the stage has been set, let's fill a dumpster with tires, gasoline, and precious things and set it all on fire.

No, keep going with this. I really want to see how big of a hole you can dig:

In criticizing Syrian President Bashar al-Assad's alleged use of chemical weapons, White House press secretary Sean Spicer said Tuesday that even Adolf Hitler did not sink to that level of warfare, despite Hitler's use of gas chambers to kill millions of Jews.

When given the chance to clarify his comment — uttered during Passover, the most celebrated Jewish holiday in the United States — Spicer then said Hitler took Jews “into the Holocaust center” but that Hitler “was not using the gas on his own people in the same way that Assad is doing.”

Spicer brought up Hitler unprompted during Tuesday's White House briefing while emphasizing how seriously the United States takes Assad's use of chemical weapons.

“We didn't use chemical weapons in World War II. You know, you had a, you know, someone as despicable as Hitler who didn't even sink to using chemical weapons,” Spicer said. “So you have to if you're Russia, ask yourself: Is this a country that you, and a regime, that you want to align yourself with? You have previously signed onto international agreements, rightfully acknowledging that the use of chemical weapons should be out of bounds by every country.”

People who don't know history are the first to try and use it to make a point that is, ultimately, going to bite them in the ass. If Sean Spicer still has a job tomorrow, then you know there are no standards anymore--just assholes who keep their jobs no matter what.

(and, of course that's Melissa McCarthy--why would you use a real picture of Spicer?)