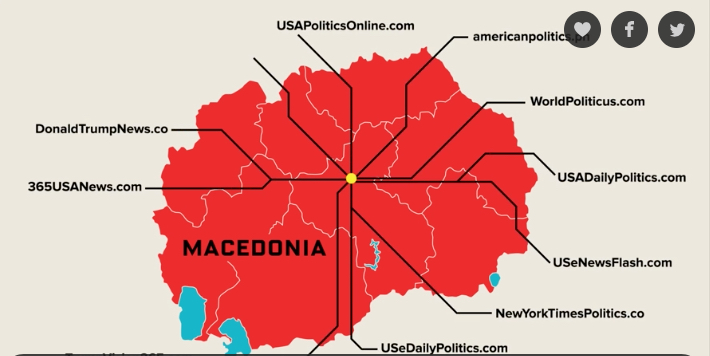 Facebook has shut down 30,000 fake accounts tied to France, citing deceptive content and misinformation, ahead of the country's presidential election this month, the company said Thursday.

Citing the mission of "protecting authenticity" the social media giant revealed ramped up efforts to stop the spread of fake news, hoaxes, and spam through fake accounts, which "enabled us to take action" against the French accounts, said the company in a statement.

"We've found that when people represent themselves on Facebook the same way they do in real life, they act responsibly. Fake accounts don't follow this pattern," said the company.

New technology allows the company to recognize "inauthentic accounts more easily by identifying patterns of activity — without assessing the content itself," like detecting "repeated posting of the same content, or an increase in messages sent," according to the statement.

While the efforts won't single out every fake account, the company aims to target those with the "largest footprint" and most "broad reach."

After facing harsh criticism for the lack of intervention for the spread of fake news ahead of the U.S election, which critics said may have helped sway the results in favor of Donald Trump, Facebook upped its efforts in December.

You can say that this is too little, too late, and I wouldn't disagree with you. But, it's important to watch for the reconstituted fake news efforts in the weeks and months ahead. There is so much going on that it is difficult to keep up, but everyone should be vigilant.