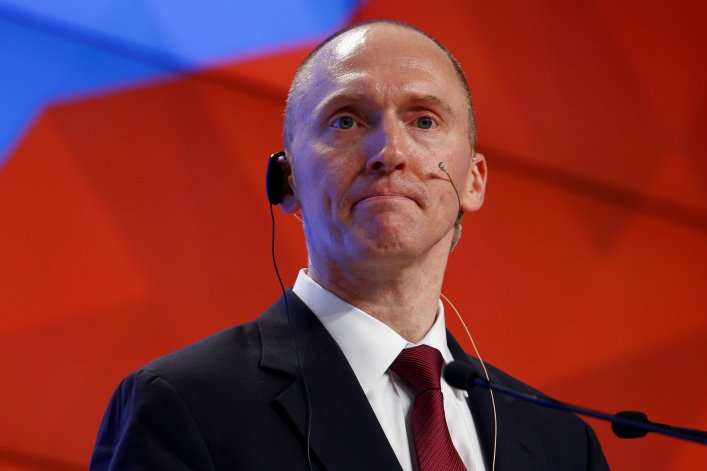 There's a certain genius to how this scandal is unfolding. Carter Page is going to be the linchpin of the case against Trump and his campaign. They stole the 2016 election and they damned near ended up with a Russian spy embedded in the foreign policy apparatus of the Executive Branch of government. But, really, this "backdoor to Russia" guy is small potatoes:

According to a CNN report, Russian operatives sought to “infiltrate” the Trump campaign through its advisers, using “backdoor channels.” Citing U.S. officials, CNN reports that FBI intelligence-gathering led to the conclusion. One such adviser was Carter Page, but it was unclear whether Page knew he was being used by the Russians. It is possible, the network reported, that Page “unknowingly” spoke with Russian operatives. “My assumption throughout the last 26 years I’ve been going there has always been that any Russian person might share information with the Russian government... as I have similarly done with the CIA, the FBI and other government agencies in the past,” Page said.

Page will flip, I assure you of that. He doesn't have the money, the connections, or the intelligence to do twenty to life to keep the Trump people out of Federal prison. Flynn, Manafort, Stone, Sessions, et al--those are the people who will see themselves on the business end of real inquiry into what went on. They are traitors, never forget that, and they have sat at Trump's table for so long, it's a wonder he doesn't rage-tweet more than he does.

We have to keep our eyes on the prize. This is getting bigger and bigger, and when it explodes, it will be the biggest thing since Watergate, and it won't have anything to do with the Clintons.