White Supremacy Deserves Nothing But Scorn 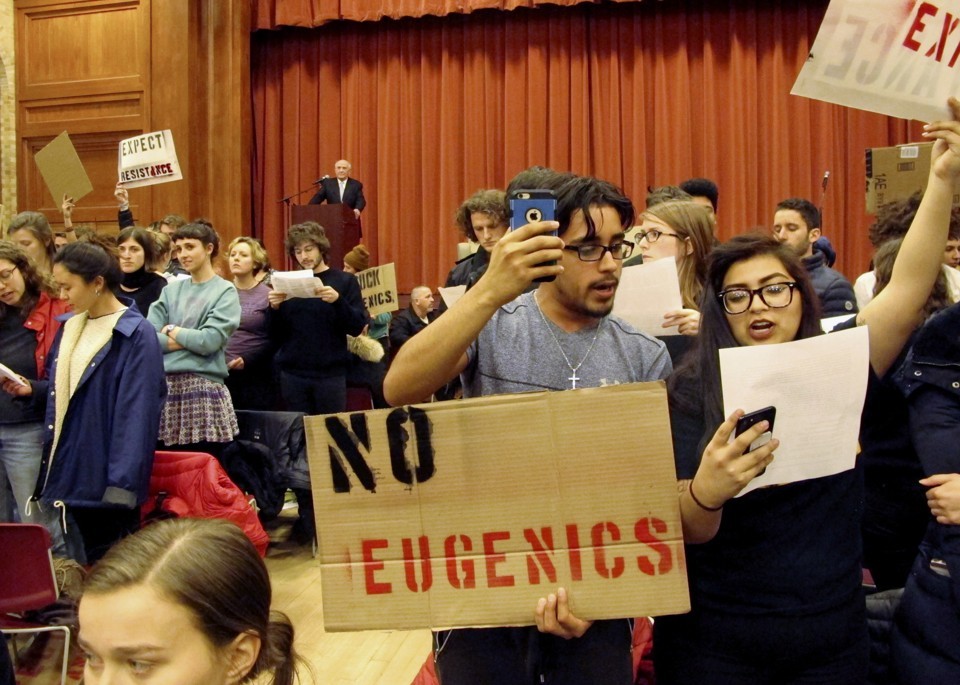 The marketplace of ideas has rejected white supremacy, but you wouldn't know that from reading Peter Beinhart:

My fellow liberals, please watch the following video. It suggests that something has gone badly wrong on the campus left.

The events leading up to the video are as follows. One of the student groups at Middlebury College is called The American Enterprise Club. According to its website, the Club aims “to promote … free enterprise, a limited federal government, a strong national defense.” In other words, it’s a group for political conservatives.

This year, the AEI Club invited Dr. Charles Murray to speak. That’s crucial to understanding what followed. When leftists protest right-wing speakers on campus, they often deny that they are infringing upon free speech. Free speech, they insist, does not require their university to give a platform to people with offensive views. That was the argument of the people who earlier this year tried to prevent ex-Breitbart writer Milo Yiannopoulos from speaking at the University of California at Berkeley. And it was the argument of those who opposed Murray’s lecture at Middlebury. “This is not an issue of freedom of speech,” declared a letter signed by more than 450 Middlebury alums. “Why has such a person been granted a platform at Middlebury?”

Did any of these students show up with guns?

If the answer is no, then shut the hell up.

Did any of these students seize Federal property, dig trenches and fill them with shit, and vandalize everything they could get their grubby mitts on?

If no, then please to be shutting up now.

Did any of these students punch any Nazis?

No? Well, okay then.

People with offensive views already have a right to submit their ideas to the marketplace. The marketplace has no obligation to give their views a second glance. It is not liberals who want to silence or oppress people. It's the white supremacists who want to put people in camps, kill them for their racial or religious heritage, and build a whites only nation. It's not that liberals want to "silence" people with abhorrent views; they want to ensure that people with abhorrent views aren't given a chance to, say, run for President and win and enact racist policies that discriminate against millions. Quit bitching because a lot of people have awakened to a living nightmare.

Charles Murray believes in the superiority of whites and has made common cause with faulty academics in order to advance a line of thinking that was discredited through academic review decades ago.

Fuck Charles Murray. The fact that he was shouted down on a college campus twenty years too late is what, exactly? A damned good start, I have to say.