We Are All Tired of a Crazy President 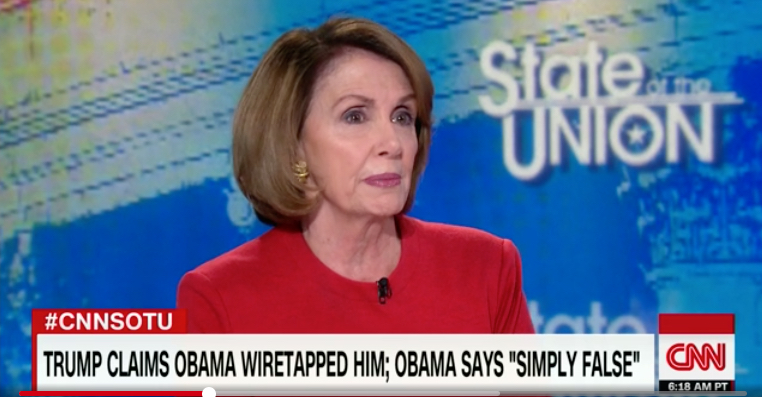 I'm waiting to see evidence that the American people are tired of having a crazy old man as president. Representative Nancy Pelosi is certainly tired of Trump, and why not? He started off at zero dark thirty this morning, sitting on a golden commode with an old phone, and his superego collided with his erogenous zone and made a baby named bonkers:

"You make up something and then you have the press write about it, and then you say, 'everybody's writing about this charge,'" House Democratic leader Nancy Pelosi said on CNN's "State of the Union." "It's a tool of an authoritarian, to just have you always be talking about what you want to be talking about."

Their comments come after Trump's aides asked Congress to look into whether the Obama administration abused its investigative powers during the 2016 election.

"Reports concerning potentially politically motivated investigations immediately ahead of the 2016 election are very troubling," White House press secretary Sean Spicer said in the statement, which he also posted on Twitter. "President Donald J. Trump is requesting that as part of their investigation into Russian activity, the congressional intelligence committees exercise their oversight authority to determine whether executive branch investigative powers were abused in 2016.

"Neither the White House nor the President will comment further until such oversight is conducted," Spicer added. He did not provide any further details on the President's request to Congress.

When asked for proof, the Trump Regime shrugged and went back to reading Breitbart.com, hoping something brilliant would appear in the midst of a cesspool filled with immature layabouts. Trump does not understand organizations or systems because he is personality fixated. He becomes obsessed with an enemy in the guise of a person he can identify--a face, a characteristic, and so on.

Trump only sees faces. He looks for the pretty ones. He assesses all human beings based on physical appearance. What he has run into are systems and enterprises and machines driven by multiple personalities and he can't understand them. He rails against the Intelligence Community and does not know that it is a mutli-dimensional thing populated with groups of people at all ranks and career levels that is largely adversarial against itself, against change and against those who collude with Russians. There's no one to smite. There are only round-faced drones everywhere, and he won't bother sitting down with them and hearing what they have to say. Thus, he's defeated.

The American people tolerate things like this for only so long and then they get antsy. Yes, Charlie Sheen was fun for a while, and then he started screeching about tiger blood. Britney Spears was endlessly entertaining until she started swinging an umbrella at her imaginary windmills while shorn of her pop star hair. They put up with Newt Gingrich for a year and a half longer than decency should have allowed. I don't think they're going to get used to Trump, and I don't think we're that far from a 25th Amendment crisis.