Trump is Never in the White House 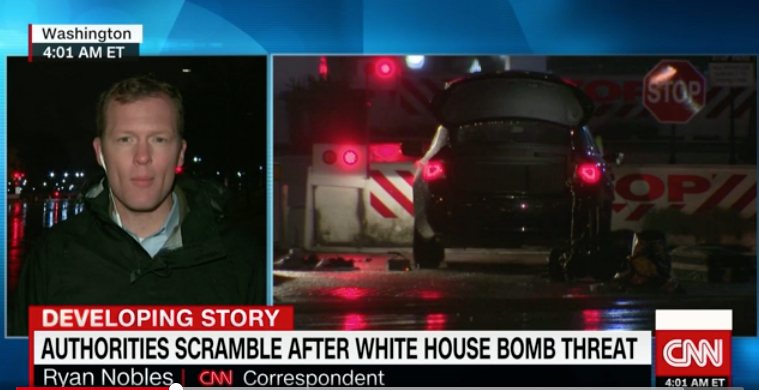 A vast number of good and decent Americans work around the clock to keep Washington D.C. safe. The White House, the Capitol, and all of the monuments are protected by people who, in the middle of the night, will be faced with terrible threats and with whatever crazy people can throw at them.

I am glad this appears to have been a hoax and I hope the person who did this gets the help they need. There might actually have been something in the vehicle, however, so who knows?But there are two things to remember.

One, the Republicans have repeatedly stood in the way of rules that would identify the mentally ill as individuals who should not own guns. Crazy people should not be allowed to buy guns in this country because they will use them to do insane shit. It's that simple.

Two, Trump is never in the White House. Of all of the "norms" that have been shattered in the last year, this is one that stands out to me. Trump has gone golfing ten times in eight weeks and continues to use the Mar-a-Lago resort as a second White House. He refuses to use Camp David and instead uses Air Force One like a personal shuttle bus. Instead of Marine One, we're paying for Air Force One. Where's the outrage from Congress on this level of spending? The optics are awful--you're cutting Meals on Wheels while your wife sits in a glass tower in the middle of Manhattan and it's burning through budgets left and right. Where's the outrage on maintaining this lifestyle when previous presidents were much more frugal and worked harder? You'd think that a Benghazi-style Congressional hearing would have been held by now.

They might as well sell Camp David back to the people of rural Maryland and let the Catoctin Mountain Park function as an actual recreation area without restrictions. It's a wonderful place, but having Camp David in it has always been a pain in the ass. If Trump won't use it, then get rid of it.