Trump is a Lazy President 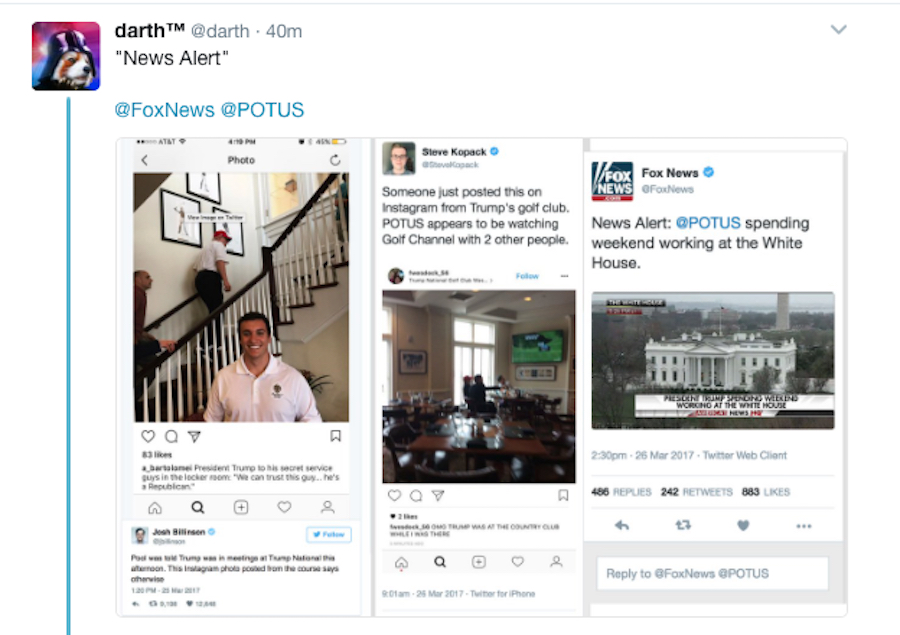 Fox News tried to run an item that assured Americans that their president was "working" this weekend at the White House.

Yeah, not so much.

Trump was actually spotted at his golf club, and spent some time watching the Golf Channel. They seemed to have forgotten that the security at his properties is ridiculously lax and that the general public knows exactly where Trump is whenever he goes to a place he owns. He can't be bothered to "work" in the White House. It's not fancy enough for him.

Anyone can go two or three years deep into Trump's Twitter feed and read how he railed against President Obama for golfing or going on vacation. What a hypocrite. 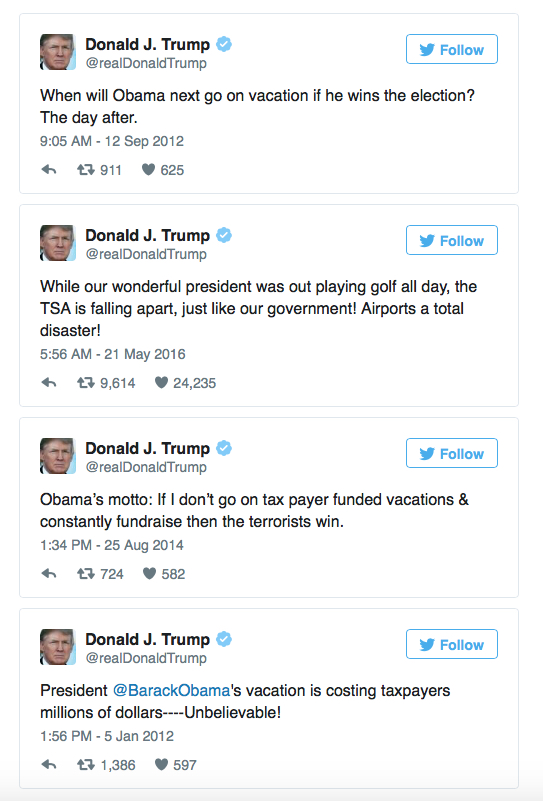