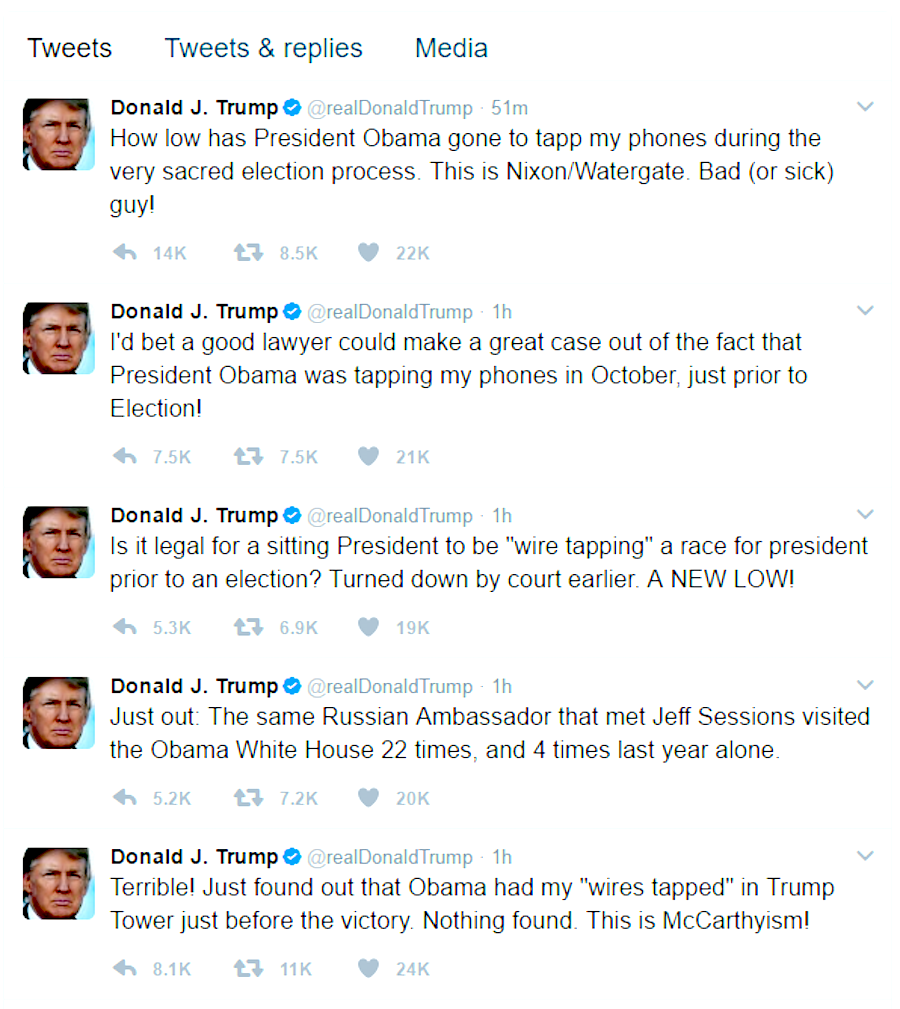 This rage-gasm from the President of the United States is notable for confirming the fact that there are FISA warrants that have allowed U.S. intelligence agencies to collect information on Trump and his associates for the purpose of conducting a counter-intelligence operation. In and of itself, this is something that has been known for months.

Trump, however, just confirmed it as fact so now we know that ALL of the "leaks" and revelations about this FISA-authorized operation are collect except for one thing--we don't know what they collected. Trump's assertion that there was "nothing found" is speculation on his part since the Obama Administration helpfully seeded this information throughout multiple agencies to keep Trump's people from throwing it all into burn bags.

The surveillance comes in many forms. Yes, they're intercepting and databasing all communications. That's a given. But the real power of the Federal government lies in being able to trace financial transactions and follow where the money goes. This is sort of like discovering that Al Capone paid no taxes. It's the thing that will tie everyone up in one big ceremonial bow.

Trump's claim that President Obama "wiretapped" him is ridiculous. The FISA court ordered it, not Obama.

It's Saturday morning and the POTUS is tweeting about being legally wire-tapped by order of the FISA court! Perfectly normal! Nothing to see here! And the President of the United States is about as composed and rational as Ray Liotta at the end of Goodfellas. Everything's fine!