Trump Expects Everyone to Pay Their Bills (Except Him, of Course) 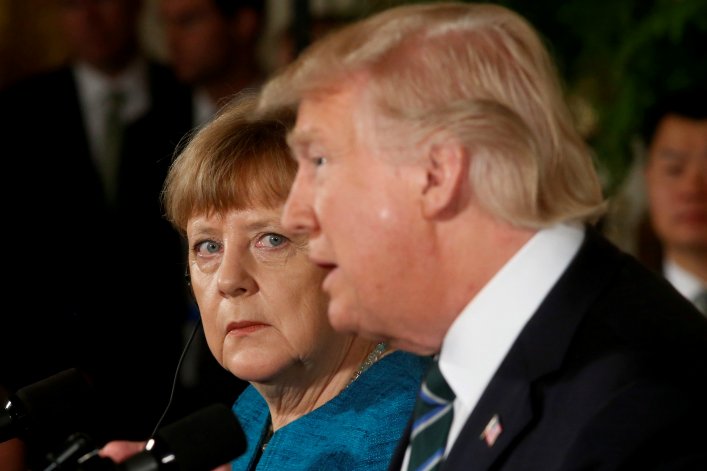 Whenever Trump starts talking about NATO, you can be rest assured that his information comes only from right-wing opinion outlets that would like to see the alliance come to an end so that Russia can dominate Europe.

How much more Trumpian could all of this be? A deadbeat businessman who stiffs contractors, files bankruptcy, and doesn't pay his bills is complaining because cash-strapped European countries aren't throwing millions of dollars into the development of weapons that won't keep them safe. That's the hypocrisy of letting Trump make a moral argument about anything--he can't hold himself up as a positive example and he can't help but lie, early and often, about the basic facts.

At the end of the day, it doesn't matter what percentage we're paying versus what they're paying in the NATO countries because a war in Europe would cost us trillions of dollars and tens of thousands of dead Americans:

President Trump on Saturday took to Twitter to proclaim that Germany better pay up to NATO for the “vast sums” it owes. Despite describing his meeting with German Chancellor Angela Merkel as “great,” he said, “Germany owes vast sums of money to NATO,” adding that “the United States must be paid more for the powerful, and very expensive, defense it provides to Germany.” Trump’s latest comments on the matter follow repeated warnings from Trump to NATO allies that the U.S. might withdraw support for the alliance if other countries don’t pay up for defense spending. In January, Trump angered European leaders by blasting NATO as “obsolete” and complaining that member countries weren’t “paying what they're supposed to be paying.”

Peace in Europe means a more stable world. What's the price tag on that? Well, if you're talking about loyal Americans and the economy, our ability to build aircraft carriers, fleets of planes, and deploy heavy armored divisions is a small price to pay for not having to fend off a Russian invasion of Western Europe.

Should Germany pay more? Absolutely. We're not talking about "vast sums." We're talking marginal budget increases over time, and we're talking about an alliance of nations, not Germany owning America billions of dollars. These things need to be negotiated through the framework of the overall alliance as it exists right now. I guess I'm a little forgiving of nations that sent their troops to Afghanistan to help us in the fight in the war on the tactic of terror.

Europeans have fought and died alongside Americans in Afghanistan for years. Isn't that worth something? 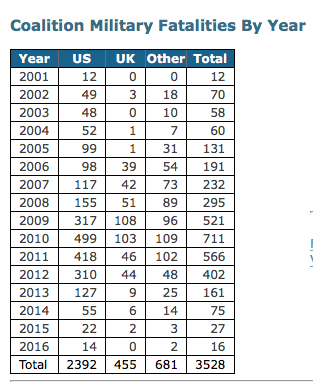 Over a thousand British and "other" coalition soldiers have been killed in Afghanistan. Virtually every NATO member that sent troops saw them come home in body bags or on medical evacuation flights. And we're begrudging these countries over a few million dollars in military spending? How does that make us the leaders of the free world when we engage in this penny ante bullshit?

If you want to change the behavior of your allies, you work with them within the treaty that governs the entirety of the NATO alliance. You persuade and cajole behind the scenes. Make trades and honor your promises--something an inveterate liar like Trump probably does not comprehend. You deliver concessions and win concessions based on your skills in diplomacy. Picking the guy who ran Exxon-Mobil to blunder through pretend-diplomacy isn't going to cut it. And tweeting never helps.

Oh, and before anyone says, "well, the Russians would never do that," I have some Ukrainian, Chechnian, and Georgian peeps who would like to beg differently. And I know some homies in Finland and the Baltic states who would like to question your reasoning.