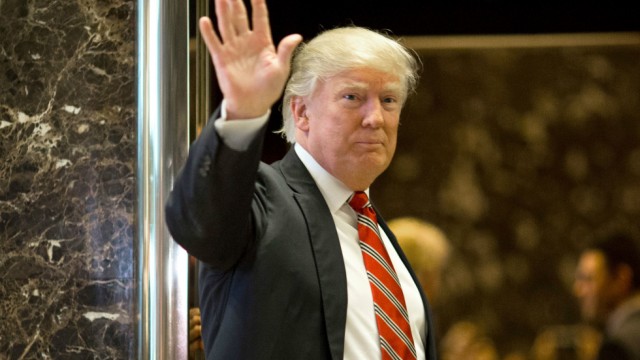 This is the work of a traitor:

FBI Director Comey refuses to deny he briefed President Obama on calls made by Michael Flynn to Russia. pic.twitter.com/cUZ5KgBSYP

It is unclear if Trump sent out the tweet or ordered it. The account says it is managed by Trump's social media manager, Dan Scavino.

The tweet suggests Obama -- and by extension Comey -- could have been the source of leaked information about meetings between Flynn and Russian Ambassador to the US Sergey Kislyak that eventually led to Flynn's resignation. There's no evidence to back up that suggestion, either.

Treason has a name, and you spell it with a Trump at the end. Never, ever in my life did I ever expect to write a blog post calling the president a traitor. Never, ever in my life have I ever seen such desperation and depravity in public discourse. The real crime is that Michael Flynn was working with the Russians, forgot to register as a foreign agent, and more than likely lied in order to get a security clearance so that he could be the National Security Advisor. And Trump thinks people are going to be mad because President Obama might have been the source of leaked information on that subject.

Norms? There are no norms anymore. The 45th President just insinuated, after being caught lying the first time around, that the 44th President may have leaked classified information.

*Here's what I mean by unbelievable.

1. I could not imagine George W. Bush doing something like this. He was a horrible president, and he had horrible human beings around him, but he was not as bad as Trump.

2. I could not imagine Mitt Romney or John McCain doing something like this, either.

3. If Hillary and her people had colluded with Russia to steal the election, the entire country would have been brought to a standstill and impeachment proceedings would already be in full swing. Nothing would function. No one would be able to do anything.

4. Fiction novelists have never come up with anything as insane as Trump, all of his Nazis, Michael Flynn, some weirdos, his son-in-law, and his nutty handmaiden Kellyanne Conway winning the presidency of the United States of America. No human being could ever suspend that much disbelief, and yet, that's exactly what we're living through right now.