They Forgot to Put Black People Behind Trump Again 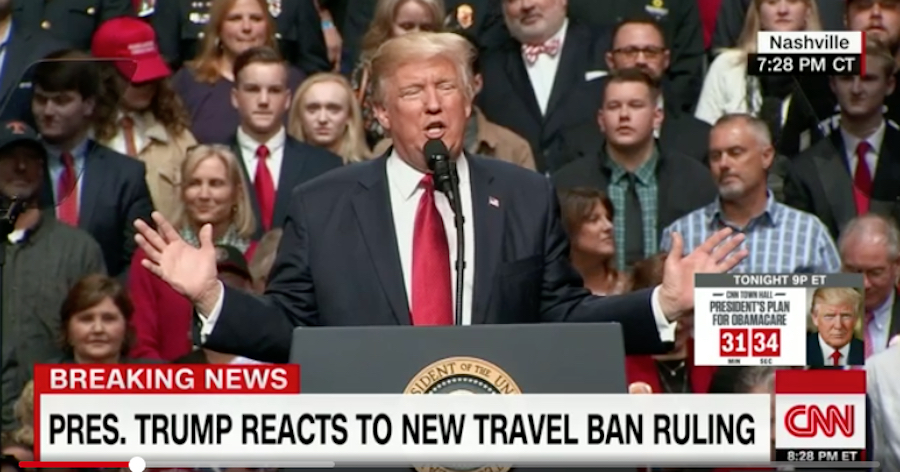 I was all set to write a post you won't read about how Trump and his regime have, once again, taken a shredder to the Constitution and failed to properly ban Muslims from entering the country when I noticed something.

His advance people forgot to put African-Americans and other people of color behind him in Nashville. Normally, when you see Trump, someone has had the foresight to place people behind him that suggest that he is tolerant and accepting of all races and all colors and all religions (he's not, but YOLO). I'm sorry, but all I see are the white people who voted for him and they all can't believe their good luck to be standing near him while the country goes to hell.

Who will be fired for this oversight? What luckless three hundred pound halfwit sack of crap in a $200 suit from Sears is out of a gig because of this fuckup? I own one of those suits, and I look great in it.