These People Are Nuts 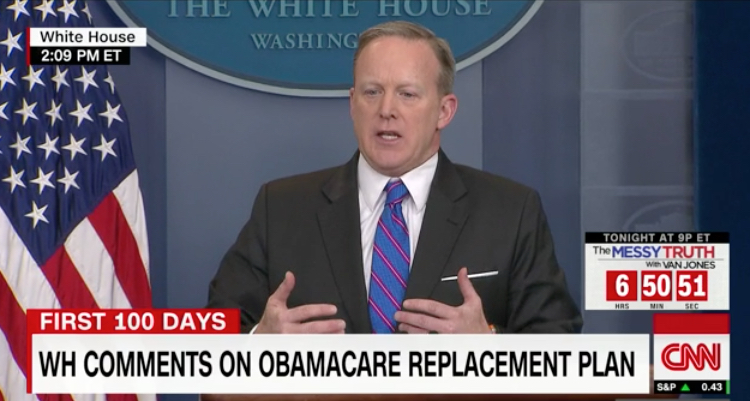 The Congressional Budget Office is there to keep people honest. If you want to know if Congress is ripping people off, look no further than the analysis provided by this bi-partisan institution. But, if you're a batshit crazy Congress on day 47 of a massive sugar and crystal meth binge of insanity mixed with barking while screaming and cut with the worst aspects of a PCP bender through downtown Los Angeles in hundred degree weather, you say things like this:

Republicans don't have a CBO score yet on their health care bill, but they're already taking shots at the CBO.

Lawmakers of all stripes are anxiously waiting for the nonpartisan and highly respected Congressional Budget Office to issue its report of the GOP's Obamacare replacement bill, which will detail how much the measure will cost and how many millions of people stand to lose health coverage.

But anticipating a report that isn't favorable to Republicans, the White House and GOP lawmakers are actively looking to delegitimize the agency's credibility.

The No. 3 House Republican, Majority Whip Steve Scalise, said Wednesday he doesn't want to let "unelected bureaucrats in Washington" slow down the Republican promise to repeal and replace Obamacare.

CBO's report, or "score," is expected Monday, but two House committees are voting on the Republican health care bill Wednesday, much to Democrats' frustration.

Voting on the bill BEFORE the CBO can score it is like voting to confirm Scott Pruitt before we learn how corrupt he was and it's like voting for Jeff Sessions before anyone knew he was sucking up to Russian spies--it's foolhardy and irresponsible governance.

These people are nuts if they think the rest of us can't spot their incompetence and their bullshit. The fact that Sean Spicer is out there trying to regurgitate old talking points is hilarious enough but, really, this is Congressional thing that has almost nothing to do with Trump because Trump couldn't accurately describe how the government works if you gave him props, a Constitution, and a PowerPoint presentation titled This is How the Government Works.

This is rooted in rhetoric stripped from Newt Gingrich's failed attempt to be the man who thinks he knows things:

Exactly what is Gingrich labeling a "reactionary socialist institution?"

The CBO's mission is to provide Congress with information on budgets and the impact that legislation will have on government finances.

The agency is frequently described as "nonpartisan" and "objective." Generally respected by politicians on both sides of the aisle, the CBO acts as an official scorekeeper of sorts on budget issues.

"I think if you parse that phrase carefully, he got one out of three right," Holtz-Eakin said. "I do agree it is an institution. If you're playing baseball, that's a decent batting average."

If these people were bug-eyed and wandering along a highway, they'd still get elected to Congress based on how uninformed people are nowadays. You know things are bad when people who used to work for George W. Bush sound like liberal democrats who actually graduated from college. It's a crying shame.