The Spectacular Hypocrisy of Mike Pence 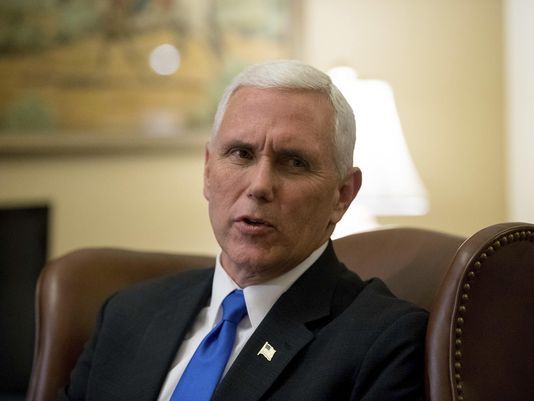 Emails released to IndyStar in response to a public records request show Pence communicated via his personal AOL account with top advisers on topics ranging from security gates at the governor’s residence to the state’s response to terror attacks across the globe. In one email, Pence’s top state homeland security adviser relayed an update from the FBI regarding the arrests of several men on federal terror-related charges.

Cyber-security experts say the emails raise concerns about whether such sensitive information was adequately protected from hackers, given that personal accounts like Pence's are typically less secure than government email accounts. In fact, Pence's personal account was hacked last summer.

The balls on this guy. He couldn't even make his Yahoo! E-mail work (I'm guessing it was Earthlink.net or AOL.com--take your pick). And he had the temerity to suggest Hillary Clinton was crooked?

There are some points here that are absolutely incorrect and needs to be addressed. First, Pence's lawyer refused to release ALL of the E-mails, and that's in violation of Indiana state law. Pence was legally allowed to use the private E-mail, provided he kept copies of everything and turned them over to the state. He hasn't done that yet. Second, the idea that he couldn't or didn't handle classified information is absolutely false.

Now, unless Indiana is not a part of all of this, the idea that the State of Indiana has never received "federally classified" material is wrong.

I mean, what do you even do with stuff like this?

Vice presidential candidate Mike Pence slammed Hillary Clinton's use of a private email server during her time as Secretary of State, saying it "disqualifies" her from becoming president.