The Optics on This Are Perfect 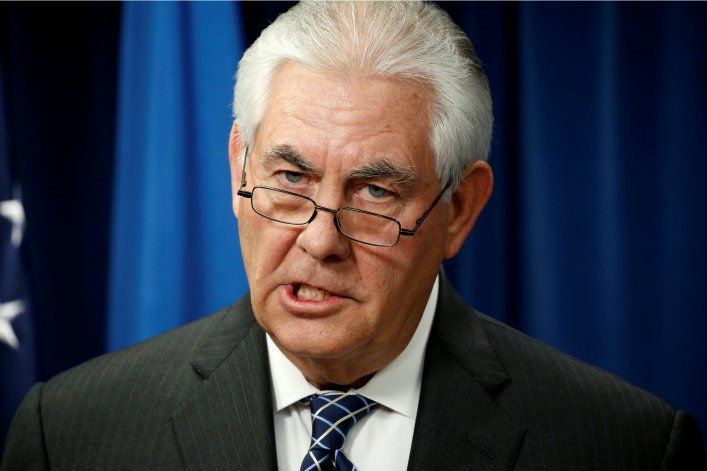 America's tired, low-energy Secretary of Oil and Gas Development Deals is really not into being a diplomat or being what we used to call the Secretary of State:

Secretary of State Rex Tillerson plans to skip a meeting of NATO state heads on April 6 and 7, Reuters reports. Instead, Tillerson plans to attend a Mar-a-Lago meeting between President Donald Trump and Chinese President Xi Jinping. Days later, on April 12, Tillerson plans to visit Russia, Reuters reports. Tillerson’s reported travel plans have sparked concerns the Trump administration is prioritizing Russia over NATO allies, former U.S. officials told Reuters. On the campaign trail, Trump was skeptical of NATO, calling the alliance “obsolete” and accusing member nations of not paying their fair share. After meeting with German Chancellor Angela Merkel last week, Trump falsely claimed that “Germany owes... vast sums of money to NATO & the United States must be paid more for the powerful, and very expensive, defense it provides to Germany!”

The day that you get handed your ass in public is the day you double down on Russia? That'll show them! Brilliant optics. It totally does not look like this country is run by people owned by agents working out of the Kremlin who desperately need oil and gas deals.