Someone Has to Carry Water For the Trump Regime 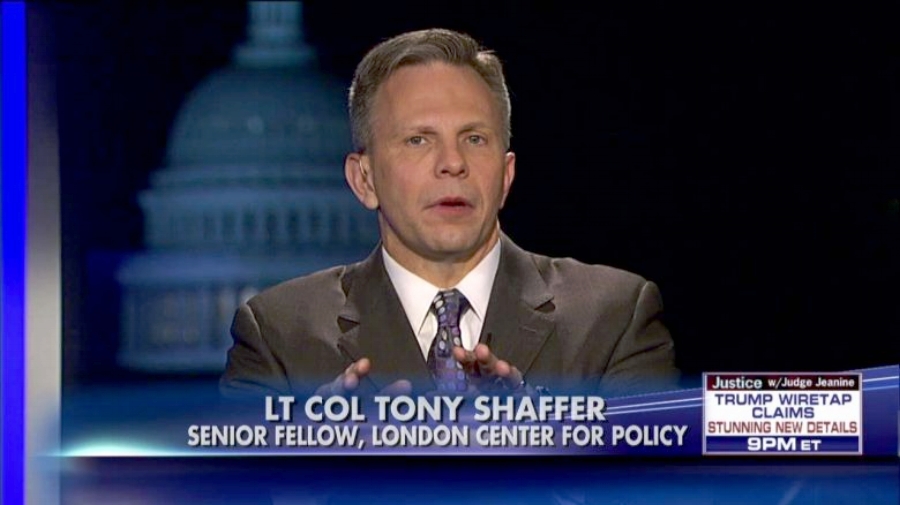 After Representative Devin Nunes failed to carry water for the Trump Regime, it fell to some Lieutenant Colonel somewhere to show up with a chicken-wire canoe:

Former CIA officer Col. Tony Shaffer said the basics of President Trump's claim to have been "wiretapped" are likely true, and that the incident is "worse than Watergate."

Noting it has been exactly two weeks since Trump tweeted that President Obama wiretapped his namesake tower, Shaffer said the "basic fundamental idea and claim is true."

He said that Trump was not physically wiretapped, with a wire into his phone, and it may not have physically been Trump Tower, but his campaign apparatus instead.

Shaffer said that due to the simplicity required to "mask" an American's name during an incidental wiretap, that the leak of Gen. Michael Flynn's name was "accidental on purpose."

"Clearly they were after gossip because it was political," Shaffer said, maintaining that the alleged wiretap had nothing to do with Russia.

The "political appointees" in the intelligence community knew exactly what they were surveilling for, Shaffer said, adding that the case is "much worse than Watergate by an order of magnitude."

He said that even if the surveillance was done legally, the "unmasking" of Americans' names and the leaking of the information are felonies.

Shaffer added that Trump's references to battling the "intelligence community" likely meant those political appointees involved in the alleged surveillance, and not the CIA or NSA writ large.

This is a fundamental misreading of everything involved in what we do to handle intelligence in this country, and it's wrong on purpose. Unmasking people has to be done in the context of knowing the value of the information. Shaffer is trying to demonstrate to the Fox News crowd that there were "ethics" that were somehow violated here, but they weren't. The intercept of communications between foreigners and U.S. persons is fully covered by the laws that have been in place for years, so Shaffer has to be very careful in his language. If they were unmasked, it's for a larger purpose, and that purpose is for defending this country against its enemies, both foreign AND domestic.

The "political appointees" he references are far removed from the individuals who intercepted these communications and processed them. What he doesn't acknowledge is that this was likely routed immediately to the counter-espionage folks in the FBI. They are not "political appointees." They are the tip of the spear when it comes to stopping Americans from committing treason against the United States government. The communications may have been picked up by an agency that does surveillance, but the actual analysis, handling, and processing of this information has likely been handled by people at the FBI who are the best at what they do. That's what should frighten everyone--our best spy hunters are targeting the president and his panicked minions. Trying to flip this and make it about the "deep state" and some "political appointees" misses the forest for the trees. The FBI is not a perfect agency, but it's the one that caught Robert Hanssen. Please be advised that Hanssen was "an order of magnitude" much smarter than anyone working for Trump, and FBI is living in their heads right now.

They don't care about anything other than rooting out treason. Shaffer's assertion that this is "an order of magnitude worse than Watergate" is correct, but it's correct only when applied to the likes of Mike Flynn, Carter Page, Paul Manafort, and Roger Stone. He has utterly failed to convince anyone that this was an Obama scandal and he has failed to turn this around for Trump. Someone sent him on a fool's errand and, hey, I guess being on TV helps you sell books.

Shaffer is, of course, the "Able Danger" guy who tried to write a book full of information that had to be removed. If anyone knows how the leaking of sensitive stuff is supposed to work, it's probably Shaffer.