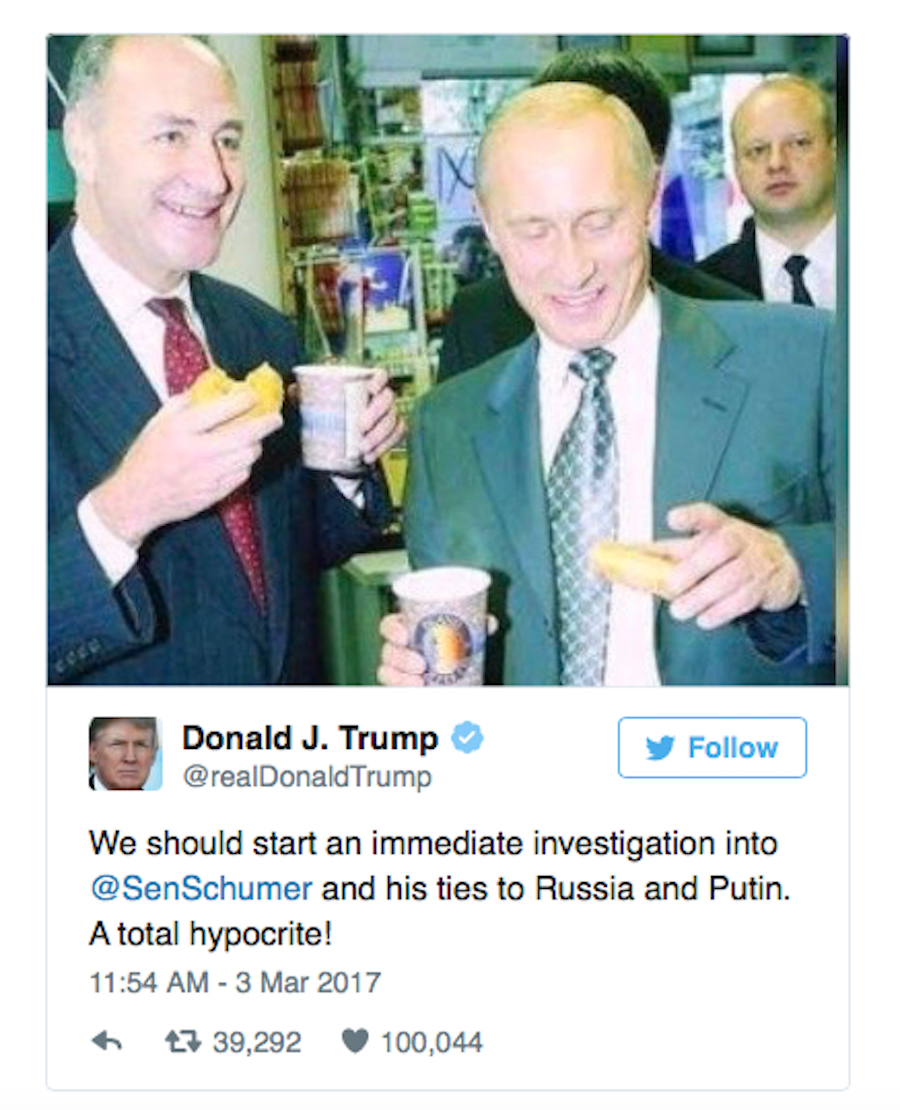 Senator Chuck Schumer is having none of this bullshit: 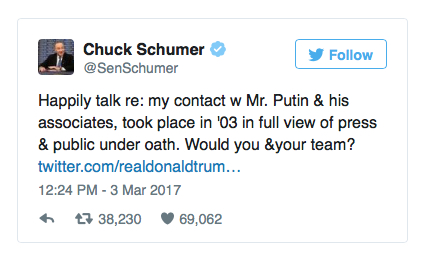 I don't think you're going to see anyone associated with Trump testify under oath at this point. They cannot handle the scrutiny and they're not going to make it to the "finish line."

The finish line being the point where Trump concludes being useful to the Republicans in Congress and is done signing everything they want into law. If we make it to that point, it will mark the conclusion of the most corrupt and lawless period in American history. The Trump people are stealing everything they can, day and night, because they know there will soon be a reckoning in the courts. You break the law in this country for a while, but you can't do it forever. Everyone wants a taste, and a piece of the action, and the Russians think they're in line before everyone else.

What we really need is a global effort to break the Russian oligarchy, seize all of their assets, and help bring down the Putin regime. The spoils can be returned to the Russian people, many of whom are regularly starving or living on virtually nothing. It would be a lot cheaper than a second October Revolution.