Remember When Gun Nuts Protested Against the President? 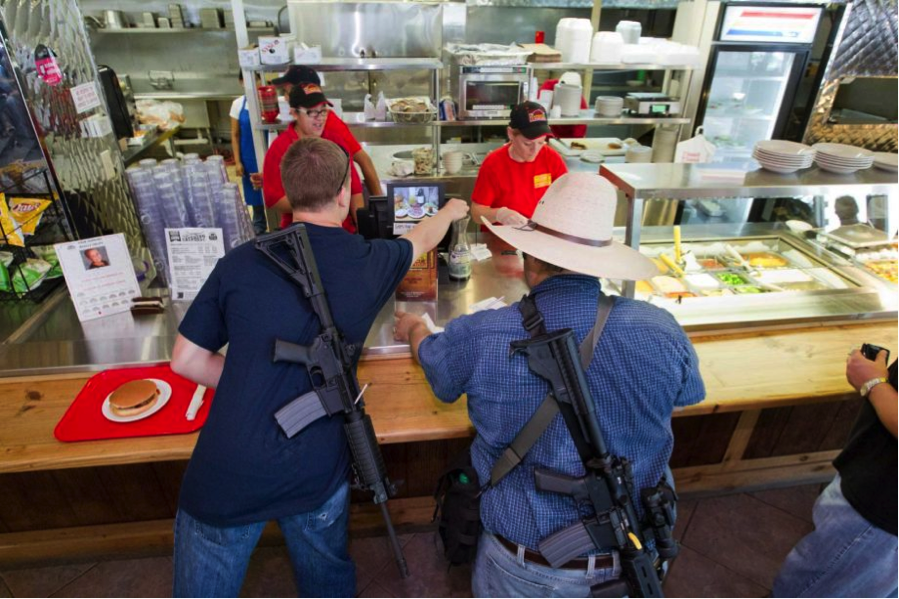 Remember when this was okay?

Remember when it was perfectly okay for people to carry guns near the President of the United States?

Remember when the consensus among these people was "he's not my president."

Yeah, that was barely a year ago.

When President Obama lands here Friday to give a talk at this year's South by Southwest Interactive festival, he will enter the land of oak-smoked brisket, live music, "thinkfluencers" — and openly brandished firearms.

For the third consecutive year, activists are using the yearly music and culture festival to bring attention to their defense of gun rights by openly carrying guns in public, as is legal in Texas. This year, however, there are a couple of twists: One, the open carry of handguns — as opposed to rifles and shotguns — is legal for the first time. Second, the most powerful and well-guarded man in the world will be in town.

C.J. Grisham of Open Carry Texas, who is leading a previously planned protest of as many as 20 activists in downtown Austin on Friday, said Obama's visit will have no effect on his group's plans.

Trump's plan is to use "law and order" as a cudgel against the American people. His supporters are terrified of these massive displays of civil disobedience and they're spoiling for a fight of some kind. Any outbreak of violence and their repressive ways are going to show everyone that they mean business. The problem is, we have been paying attention. Dissent against the president is nothing new, nor is it the exclusive right of white supremacists or gun nuts or women in pink hats. Guess which side keeps bringing guns.