Less Than 100 People Show Up to Support Trump 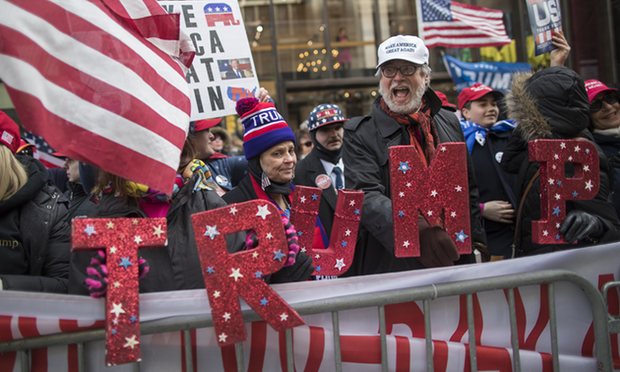 This is epic trolling:

Around 100 Donald Trump supporters gathered outside Trump Tower on Saturday afternoon, as part of a nationwide effort to show appreciation for the embattled president.

In something of a blow for the expression of support, the pro-Trump rally was hampered by a dwindling turnout and a counter-protest.

“I thought there’d be a little bit more people,” said Lance Lovejoy, from Maspeth in Queens. “But it’s a little bit cold out. And it wasn’t well put out either. I only found out about it yesterday.”

Lovejoy, who voted for Trump, was wearing a rubber mask of the president’s face.

“I bought it in Ruby’s costumes,” he said through the mask’s small mouth-hole. A 48-year-old electrician, he said he had decided to wear the Trump mask because “I wanted to show my love and support for him”.

What you usually hear is that "Trump" voters have to "work" so they can't attend these "rallies." That's bullshit. They packed his rallies last fall. What happened?

None of these people will tell their grandchildren that they were proud to vote for Trump.