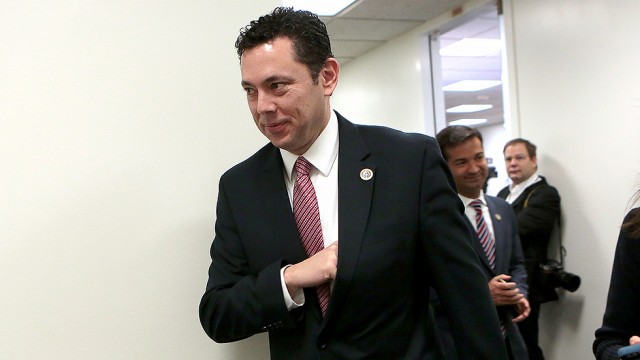 House Oversight Committee chairman Rep. Jason Chaffetz (R-Utah) said Thursday that the Trump administration is “not off to a great start” when it comes to working with his committee.

“A quick word about the Trump administration: We are not off to a great start,” Chaffetz said during a broadcasted discussion with Judicial Watch President Tom Fitton.

Chaffetz said then-Secretary of State Hillary Clinton fought to withhold information that related to the Benghazi investigation, adding that the investigation is “still not done” because of the State Department’s reluctance to provide his committee with the necessary information.

But Chaffetz also expressed frustration at the Trump administration for not providing his committee with documents related to the Benghazi investigation. He said President Trump’s grace period for filling top positions and working with his committee will expire next month.

“The documentation, subpoenas and letters still have not been fulfilled. And I buy the idea that there should be some time to get new people in place, but as we turn the corner into April, there’s a huge attitude adjustment that is happening in the Oversight Committee,” Chaffetz said.

Chaffetz slammed the Obama administration for claiming they will transparent and open, saying officials gave his committee the stiff arm during his investigation into the Benghazi attack.

“It continues to amaze me how you have administrations that have people that wake up everyday and think, ‘Oh, my job is to make sure Congress and the American people don’t see this information.’”

Yes, while his colleague Devin Nunes on the House Intelligence Committee does exactly that--make sure Congress and the American people don't see the information they need in order to ascertain whether or not the President of the United States and his staff are controlled by the Russian government--he's mad that nobody will give him the Benghazi documents he wants to see so he can...put Hillary in jail? Hold another fruitless round of hearings? Spend more taxpayer dollars investigating something that happened in 2012?

I can't even find the words to go on with this. Really, we are well and truly fucked as a country and as a people.