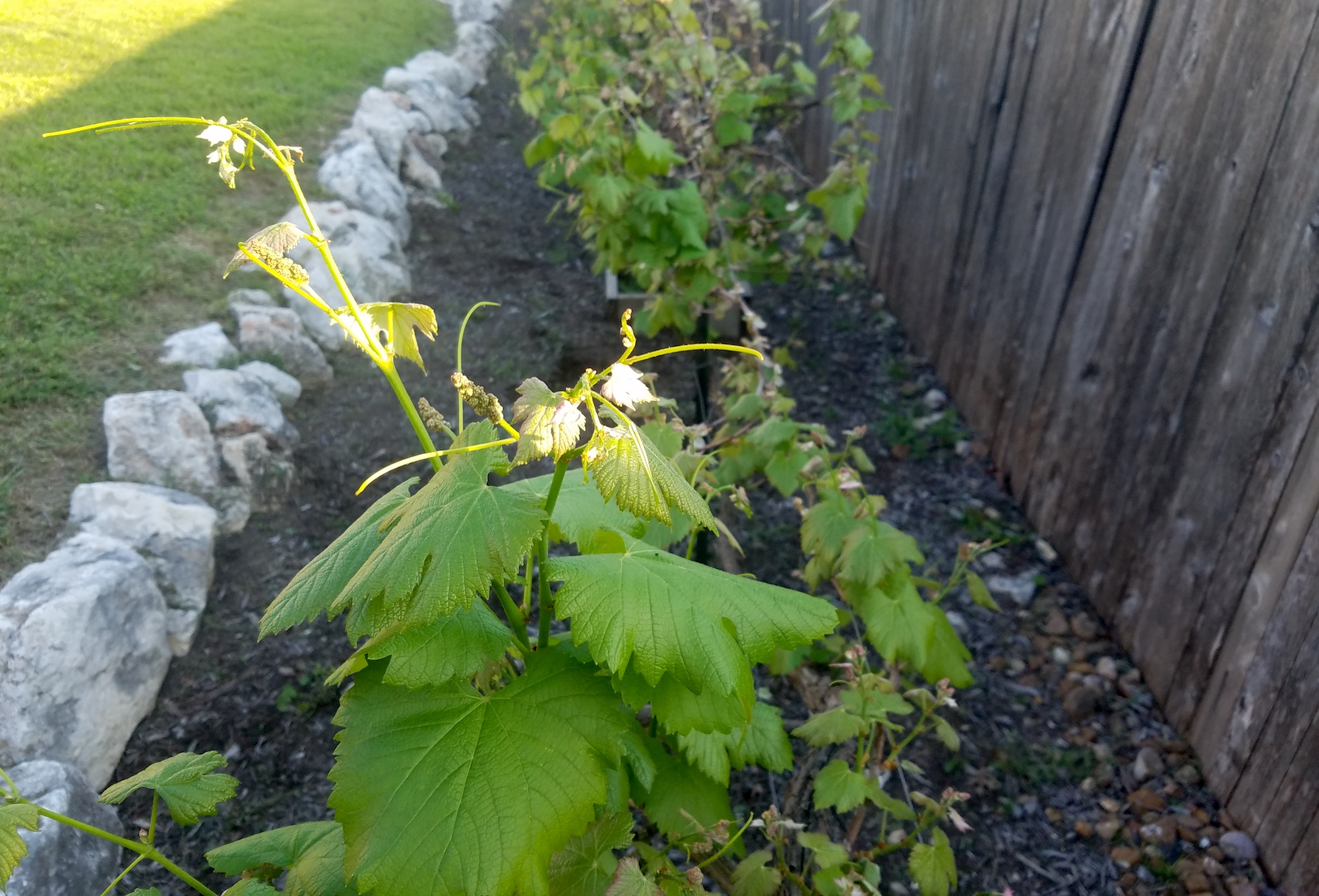 I did not set out to move to Texas and learn how to grow grapes. The two things were never connected in my mind. I agreed to move to Texas because it made sense. The grapes were thrown in as a bonus when we bought a house that came with a fifty-foot single grapevine in the back yard.

This spring, we have gone from this: 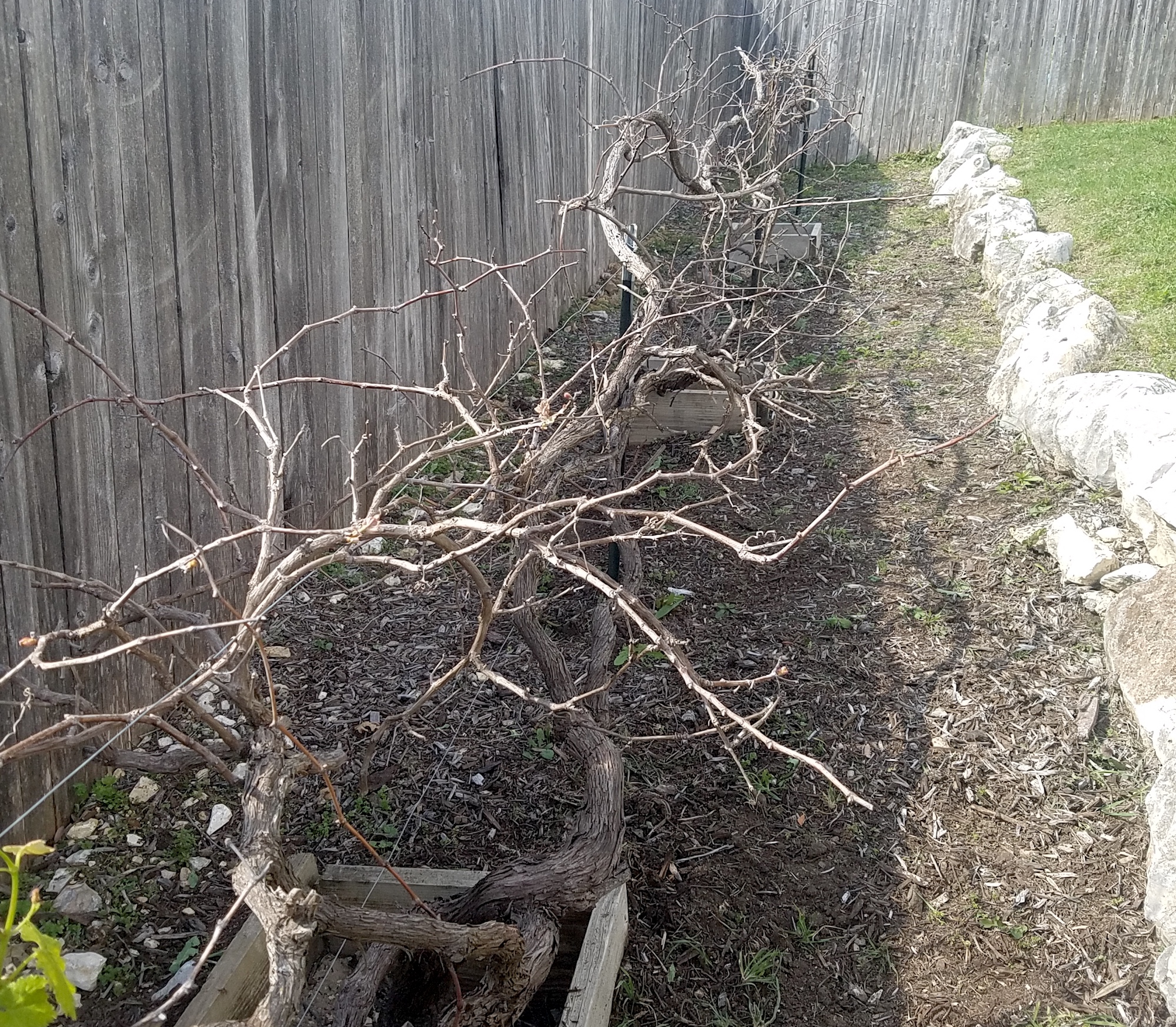 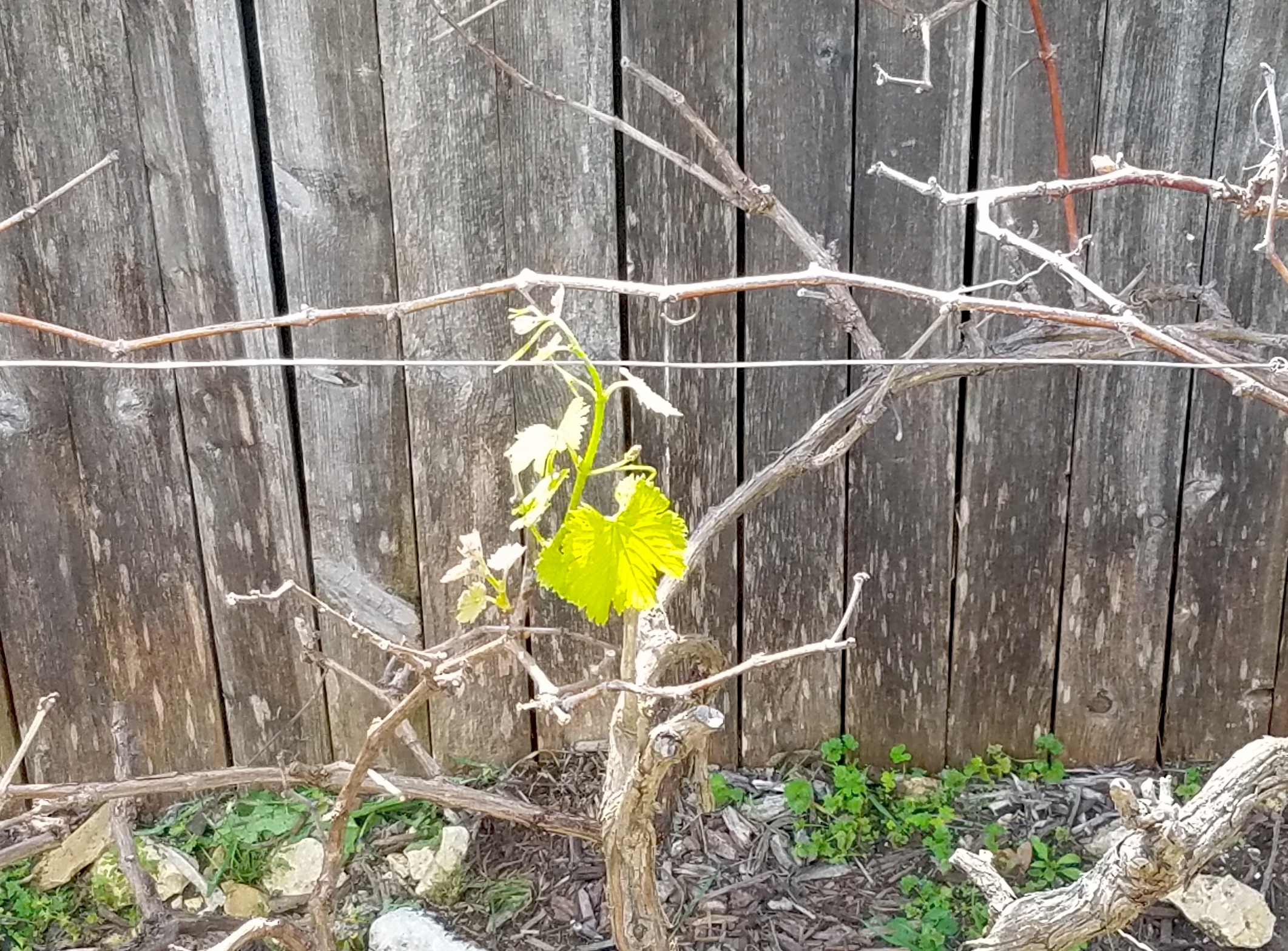 To what you see at the top. This will be my first season with this grapevine, so I have no idea what to expect. I have been pruning it and reshaping it over the winter; I removed a lot of the neglected bits and I have some work to do in the weeks ahead to try and tame what's growing. I haven't even gotten around to fertilizing it or building up the soil under the vine, which has been my ultimate goal. We're on a rock shelf and there isn't that much soil, so whatever I can add on my own will help, I hope.

The neighbors don't know anything about this vine. They have no idea what kind of grapes are produced. The vine itself has been neglected for several years, but I am amazed at how quickly it cleaned up in the winter months and I am behind the curve as it relates to trimming some of the explosive growth. I think fifty to sixty feet is enough to deal with for now; I'm not going to expand anything because, well, I don't have the usable land to do so unless I completely reshape the backyard.

I would like to put in a better trellis. I think if this year is successful, I'll adapt a European style trellis. I spent a good amount of time in the wine country of Baden-Württemberg (which you can read about here) and I would like to pay homage to that. There's a place near Heilbronn called Tripsdrill, and one of the things you can see there are wine presses from the the 16th Century. No, I'm not going to do wine. Yes, I am going to get all nerdy about it.

Anyway, I can't keep writing about exclusively politics. It ruins you. It leaves you with nothing in your head but fear and angst. That's not a healthy place to be. If you're sick of the politics, don't completely abandon it. Find other outlets and other things to think about. It's much healthier that way.