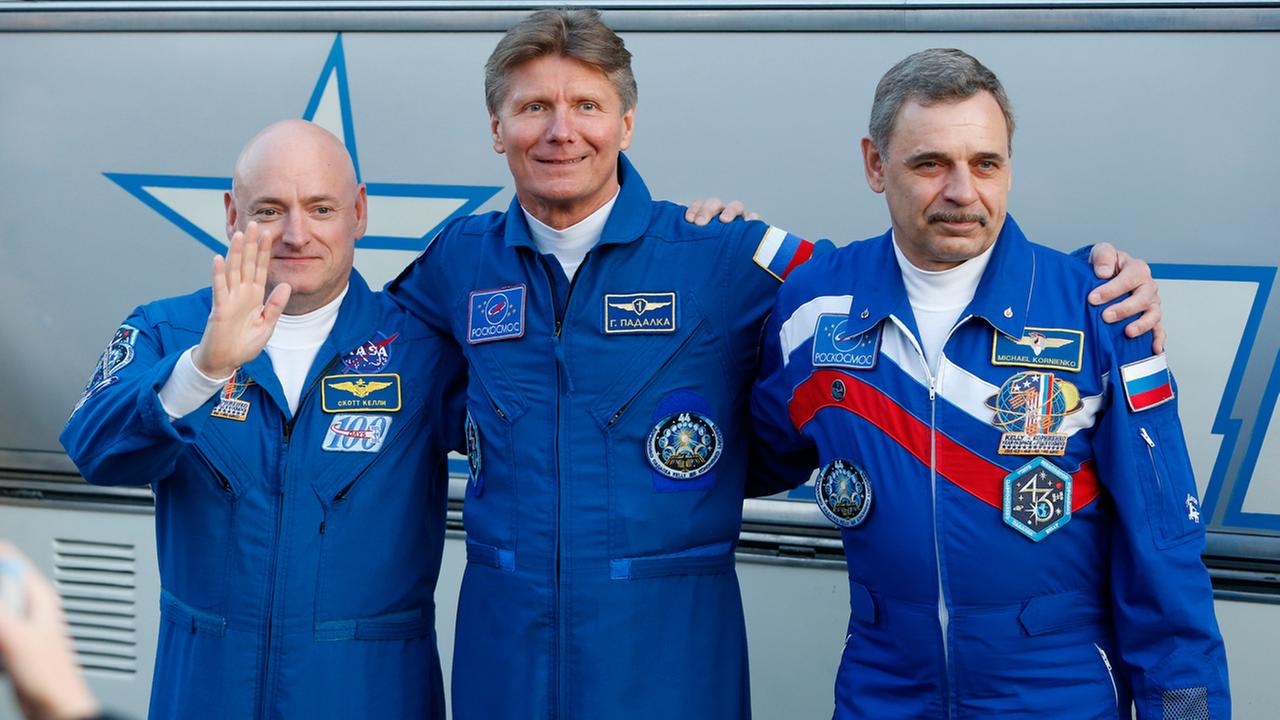 There's a growing antipathy in this country towards Russia. They jacked with our election, put a puppet in place, and, if Rachel Maddow is right and I damned well know she is, they're behind the order to dismantle the U.S. State Department.

Americans don't hate people, though. We temporarily hate our enemies, but when all of our killing's done, we find a way to make peace with the people caught in the middle. No one in America hates the Russian people who suffer every day under Vladimir Putin's regime. No one hates the people caught in the distant republics, living in fear every day that Russian BMPs and heavy artillery are going to spill across their border. We don't even hate vodka or whatever else Russia exports, at least not that much.

We also don't mind their cosmonauts. They're science and spaceflight guys, just nerds like our own astronauts. They probably hate Putin, too, and that's why they all spend at least a year in space. Above, you can see two of them standing next to Scott Kelly. I'm okay with cosmonauts, and I think it's also important to mention that I'm probably okay with about 99% of the people in Russia. It's that murdering little troll running the place and his shit-sandwich minions I think we all have a problem with.

So, cosmonauts are cool unless they're hacking America from the space station. If that's the case, we need to shoot that son of a bitch down. Otherwise, yeah. Someone needs to get this out there.

Russian people, we're not pissed at you. We're pissed at your dictator and his goons. And we're possibly pissed at any smartass cosmonauts pointing stuff down at us to read our E-mails. But that's a given.