Comey Pushes Back Against Trump's Lies 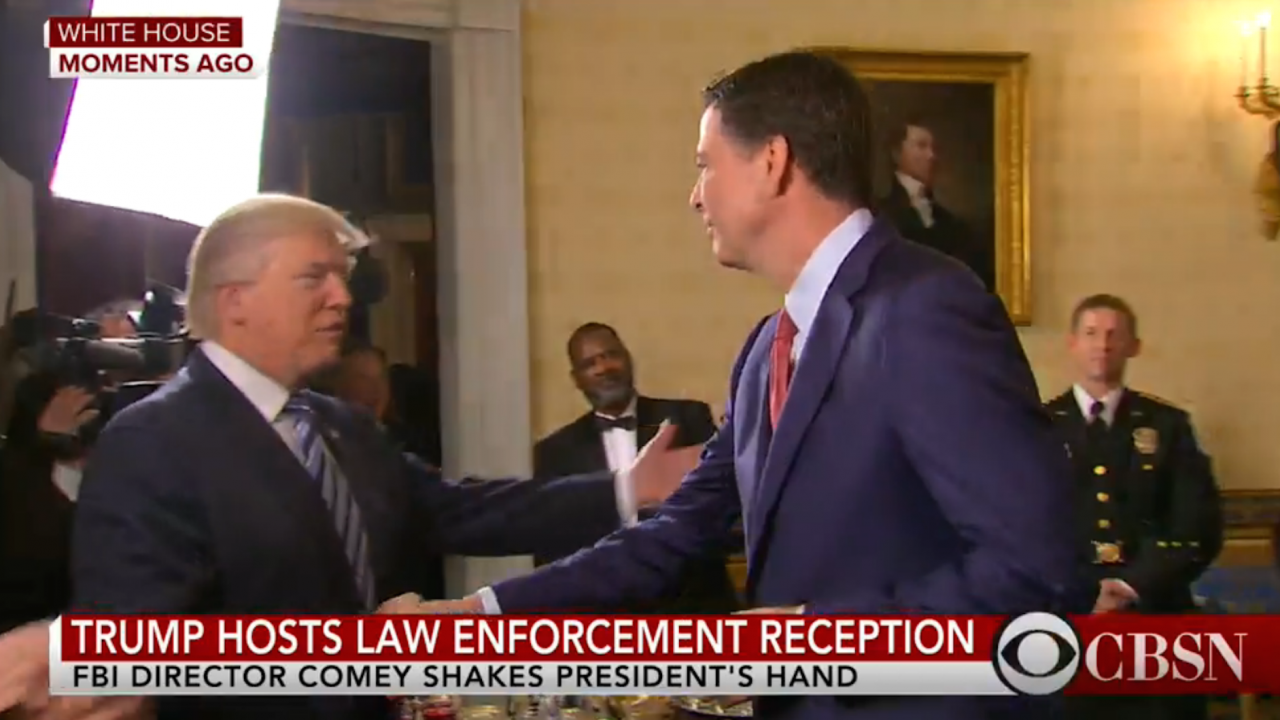 FBI Director James Comey can't help himself. Every time someone presents him with a clear moral or ethical choice, he always bites the hand that feeds him and destroys his own credibility:

The Times reported that Comey requested that the Department of Justice publicly rebut the president's allegations — which he posted on Twitter without evidence — because the claims are untrue and suggest the FBI broke the law. Comey's appeal pits him against the president.

On Sunday, the day after Trump made the original unsubstantiated claims on Twitter, his White House called for Congress investigate.

"President Donald J. Trump is requesting that as part of their investigation into Russian activity, the congressional intelligence committees exercise their oversight authority to determine whether executive branch investigative powers were abused in 2016," White House Press Secretary Sean Spicer said in a statement. He also did not offer evidence to back up the allegations of wrongdoing.

He didn't offer any evidence because there isn't any. The Justice Department is run by a man completely owned by Trump. There's no independence, no decency, and no respect for the rule of law. The noose is beginning to tighten, and the trap is sprung.

Comey is going to be sitting on the outside, wondering how it came to be that his partisan meddling at the wrong time over the wrong issue helped destroy what's left of this country. His inaction has created terrible consequences. Now, as he comes to life and begins to do the right thing, we're supposed to believe him? He's the reason why Trump is president. He's the reason why this country does not trust anything that comes out of the Federal law enforcement community. His credibility was gone months ago and he didn't have the decency to resign.

We might survive Trumpism, but not if the neo-Confederates that surround him have anything to say about it. These people are corrupt and crazy and we're all along for the ride.