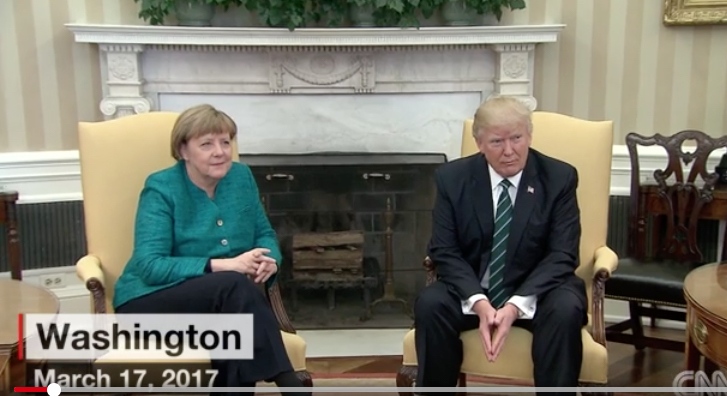 So the leader of the free world (that's her on the left) sat with an American jackass named Donald Trump and must have thought to herself, "we're going to have to stand up to Russia on our own."

For Trump to make the statements he did today--that other nations in NATO must pay their "fair share" and that he has "being wiretapped" in common with Merkel--shows you just how far this country has fallen in terms of national prestige. They say you shouldn't criticize the president over foreign policy issues or in front of foreign leaders and citizens from another country. I remember when The Dixie Chicks told and overseas audience that they were ashamed of George W. Bush or something to that effect.

Well, dammit, look where we are today. Angela Merkel is the freely elected leader of the only country that seriously opposes Russia right now. She has a few allies here and there, but the Russians are really trying to topple France right now.

America has fallen. For a jackass, no less.