There's a Special Place in Hell For Ed Schultz 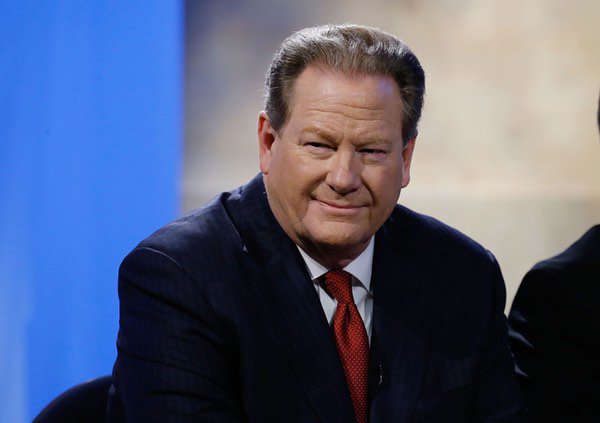 I thought I was done with Ed Schultz years ago. Apparently, he's now fully in the tank for Vladimir Putin. He's betrayed everyone and everything he used to stand for, up to and including what should be a no-brainer--Donald Trump is no friend of the working class in America.

It wasn’t entirely surprising that the former progressive talk radio host and MSNBC personality agreed to speak at annual conservative conference this year. Once a self-styled “prairie populist,” he signed on last January with RT America, where he anchors the nightly news for the state-run Russian network. He’s changed his tone on President Vladimir Putin, whom he used to deride as “Putie.” “Schultz, who once said on MSNBC that Putin is ‘crippling’ his country, now has a Russo-friendly, or perhaps American-skeptical, viewpoint on any number of issues,” The Washington Post reported in December.

Schultz has done an about-face on Trump, too. After calling him a racistand ridiculing his presidential ambitions in 2011, he praised Trump’s political skills during the campaign and downplayed Russia’s role in his election. Still, none of that quite compares to the praise Schultz heaped on the president on Thursday, talking with reporters on CPAC’s radio row. “I think he’s pragmatic, and I think he wants to win—he wants to win for the little guy,” Schultz said.

Schultz predicted Trump “will go with the people” on healthcare, speculating that the president might slow Republican efforts to repeal the Affordable Care Act, and criticized Democrats’ opposition strategy. “They ought to be focused on saving healthcare,” Schultz said. “They ought to be focused on making sure we don’t privatize Medicare, Medicaid, and Social Security. That’s where the Democrats ought to be. Instead, they’re chasing down scandals or they’re making them up. I’m just—I’m a little disappointed in them right now.”

Rather, Democrats are probably disappointed in Schultz. He used to be a warrior for the working class—cable’s biggest critic of union-busting Wisconsin Governor Scott Walker, who also spoke at CPAC on Thursday. MSNBC’s Chris Matthews even once told Schultz he should run the AFL-CIO. But like a disconcerting number of white-working class Democrats, Schultz found common cause with Trump after supporting Bernie Sanders in the Democratic presidential primaries.

Anyone who puts Schultz on the air after these acts of treason against the American people and working people is riding a wave of foolishness. These are not the actions of a progressive. They're the work of someone looking for a bigger and bigger payday. How are you going to eat when you have no soul? The biggest thing you can say about Schultz is that he knows who is buttering his bread, and it isn't the American worker.

I never had a problem with him taking money from American unions. I did have a problem with him being a raving hypocrite as far as not supporting efforts to unionize workers at MSNBC and NBC. Now he stands poised to join with the Trump Regime in "normalizing" all things Russian, Trumpian, and evil. Fuck him and fuck what's left of his popular support.