The Trump Regime is Out of Ideas 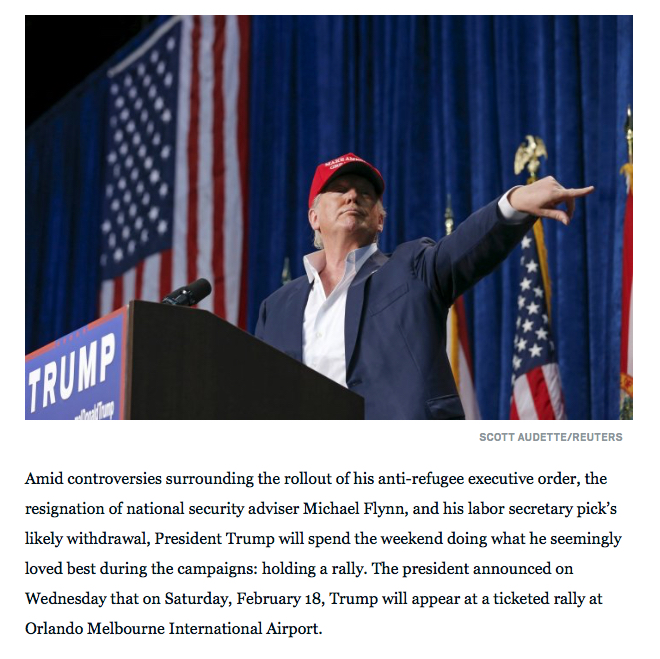 Well, now you know they're desperate.

There's no reason to hold a "rally" unless you're hoping for several different outcomes. One, someone does something stupid and violent and that allows the Trump Regime to implement martial law. Two, the "followers" of the regime are emboldened enough to stop hiding indoors and start pushing back against the millions of people now horrified on a daily basis by what their government has become. Or, three, nothing happens, a few old blue hairs show up, and there's no news made but our worthless media end up broadcasting empty podium for an extra hour.

The fascism on these people is stale and predictable. Let's distract everyone from the fact that the Russians have operatives in place all throughout the United States government by holding a rally to celebrate the fact that no one has brought articles of impeachment before the right House committee yet. You measure Trumpism in days, not months now.

The guy who used to run Breitbart is now mad because Breitbart stung him and killed them both as it was riding on his back across the flooded stream--something like that. I have no idea.

It's impossible to keep up! It really is. You have to have twenty-five crack bloggers moving on this stuff around the clock. If Gawker were still in business, they'd be burned out by now, what with the horrors unleashed upon us daily. I noticed five things throughout the day that could have been made into blog posts, but I didn't have the time or the inclination to push that rock up the hill. You couldn't have written the dystopian novel we're living right now. People are watching the Walking Dead again just for the laughs and the comfort.

Everything sucks, and everything is about to go to shit, but it's cool, because all of our phones still work. When the phones stop working, then there will be a revolution, baby. You watch.