The Spectacular Idiocy of Ross Douthat 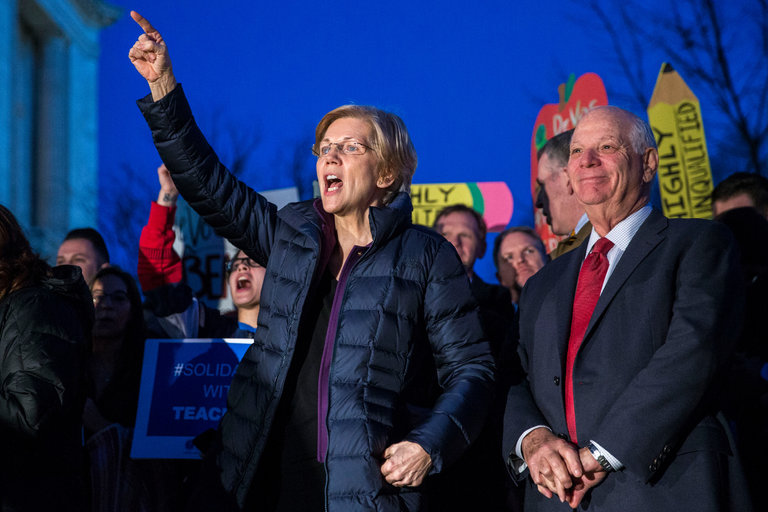 The smarm pouring off this underachieving sack of special sauce is enough to make you want to cancel the subscription to the Times you've already cancelled:

In these distinctly abnormal times for the republic, with Donald Trump in the White House and a group of unprepared revolutionaries around him, one must be grateful for small doses of normalcy and politics as usual. Thank heavens, then, for Senate Democrats, who just gave us the most predictable of spectacles: a liberal holy war against Betsy DeVos, just confirmed as the new secretary of education by Mike Pence’s tiebreaking vote.

A visitor from Saturn might be puzzled by this particular crusade, since none of the things that liberals profess to fear the most about a Trump era revolve around education policy. If Trump is planning to surrender Eastern Europe to the Russians or start a world war with the Chinese, perhaps his secretary of state nominee deserved an all-night talkathon of opposition. If he’s bent on domestic authoritarianism with a racist tinge, then it’s Jeff Sessions, his attorney general, who presents the natural target for Democratic protest. If the biggest problem is that Trump will nominate allies who are unqualified for their responsibilities, then the choice of Ben Carson to run the Department of Housing and Urban Development seems like an obvious place to draw a line.

Douthat goes on to write:

DeVos did look unprepared and even foolish at times during her confirmation hearings, and she lacks the usual government experience. But officially the opposition claimed to be all about hardheaded policy empiricism. A limited and heavily regulated charter school program is one thing, the argument went, but DeVos’s zeal for free markets would gut public education and turn kids over to the not-so-tender mercies of unqualified bottom-liners. Just look at what happened in her native Michigan, her critics charged, where the influence of her philanthropic dollars helped flood Detroit’s school system with unsupervised charters run by incompetents and hacks.

It's difficult for people like young Ross to fully appreciate just how spectacularly unqualified Betsy DeVos truly is and you have to have pity for someone who cannot grasp just how wrong he's going to be when she crashes and burns a federal agency because of her incompetence. The leaks will begin almost immediately, and DeVos will accomplish whatever it is we are calling "success" in the context of the Republican dismantlement of decent governance.

Mediocre people do very well in Republican administrations. Mediocre people are rarely given a chance to do much of anything in Democratic administrations. One party values money and loyalty. The other governs with competence. It's that simple. Douthat thinks he can skate over the issue of competence, but he can't. His perch at the Times is safe because he can always say, "well, it wasn't about her competence. It was about Trump's vision for America."

No, fuckhead. The Democrats tried to tell you she's incompetent. You were too stupid to get on the right side of the issue. That's what it was about.

Senator Elizabeth Warren is a middle-aged woman with exceptional intelligence and more common sense than any grouping of 100 middle-aged white men you can round up and put in a room. Our failure to heed her warnings spells doom for the American consumer. They don't hate her because she's shrill, rude, or nerdy. They hate her because she's correct. Gaveling her into silence only amplifies her message.

Anyone who thinks their money insulates themselves from the effects of a government destroyed by fools is betting on something un-fucking-believably stupid. Once these people have wrecked America, all your goddamned money is going to be colored paper worth nothing. Shove it under your armpits and insulate that heavy coat they leave you with, rich boy. I don't care if you have 10 or 500 million dollars. An America where there is no rule of law, no economy, no trade with other nations, no infrastructure, no government and no one in charge who isn't a boiling embarrassment of turds and cheese doodles means we're all equal, every one of us, and that's a fact. Dystopia, welcome to it.

This goes beyond saying that if DeVos were a nominee in a Democratic administration, her obvious incompetence and the supporters who prop her up would look foolish to anyone with a brain. The subversion of basic logic and standards is the rule of the day. Someone who would never be considered acceptable in a Democratic administration is a shining star blessed with charm and a bright future in the slovenly Trump Regime. Douthat and the conservative movement know they look foolish now, they know it's all going to end in tears, and they know that millions of people are going to suffer.

Governance by sociopath is what we have for as long as we decide to suffer through it. There are constitutional remedies, and they begin with the 2018 mid-terms. Douthat, et al, believe that there is an institutional firewall that will protect them until 2020. That's what's been burning for weeks, kids.