The Democrats Are United 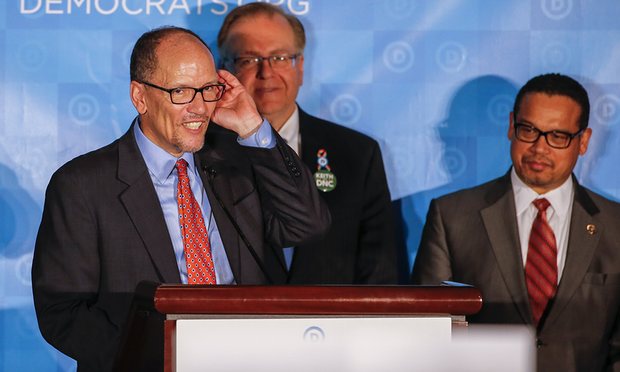 The Democratic Party picked former Labor Secretary Tom Perez to be the head of the Democratic National Committee today. Perez immediately made Representative Keith Ellison his number two because that's the most badassed move you could make:

The former labor secretary Tom Perez is the new chairman of the Democratic National Committee (DNC) after a fiercely fought four-month campaign.

His victory in Atlanta on Saturday saw him make history as the first Latino to lead the party but left progressives who backed his main opponent, US representative Keith Ellison, disappointed.

Perez won the chairmanship on a second ballot, after missing out by just one vote in the first round of voting.

The threshold for victory in the second round was 218 votes, out of 435 voters. Perez gained 235 to 200 for Ellison. After announcing the result, acting chair Donna Brazile presented the gavel to Perez. He presented a motion to name Ellison as deputy chair, which passed unopposed.

This unifies the Democratic Party. This makes the Hillary Clinton wing and the Bernie Sanders wing a united force for good in the world. Never mind what you think of either candidate or what happened in 2016--it's time to come together and go fight evil.