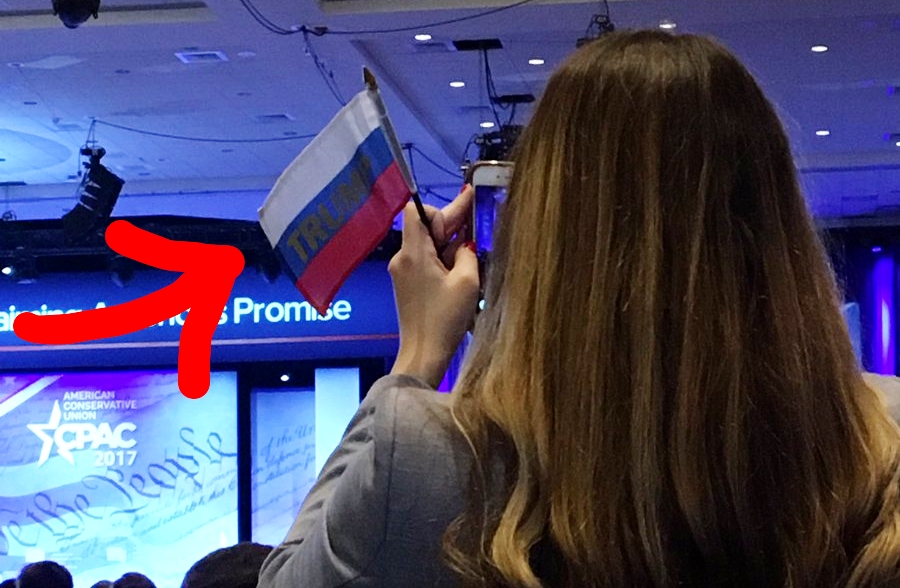 Someone is out there doing the Lord's work:

Two men made trouble—and stirred up a social-media frenzy—on the third day of the Conservative Political Action Conference by conducting a literal false-flag operation.

Jason Charter, 22, and Ryan Clayton, 36, passed out roughly 1,000 red, white, and blue flags, each bearing a gold-emblazoned “TRUMP” in the center, to an auditorium full of attendees waiting for President Trump to address the conference. Audience members waved the pennants—and took pictures with them—until CPAC staffers realized the trick: They were Russian flags.

Republicans are the stupidest fucking people on the planet, and know nothing about Russia, other than they like it if it drives Democrats crazy.