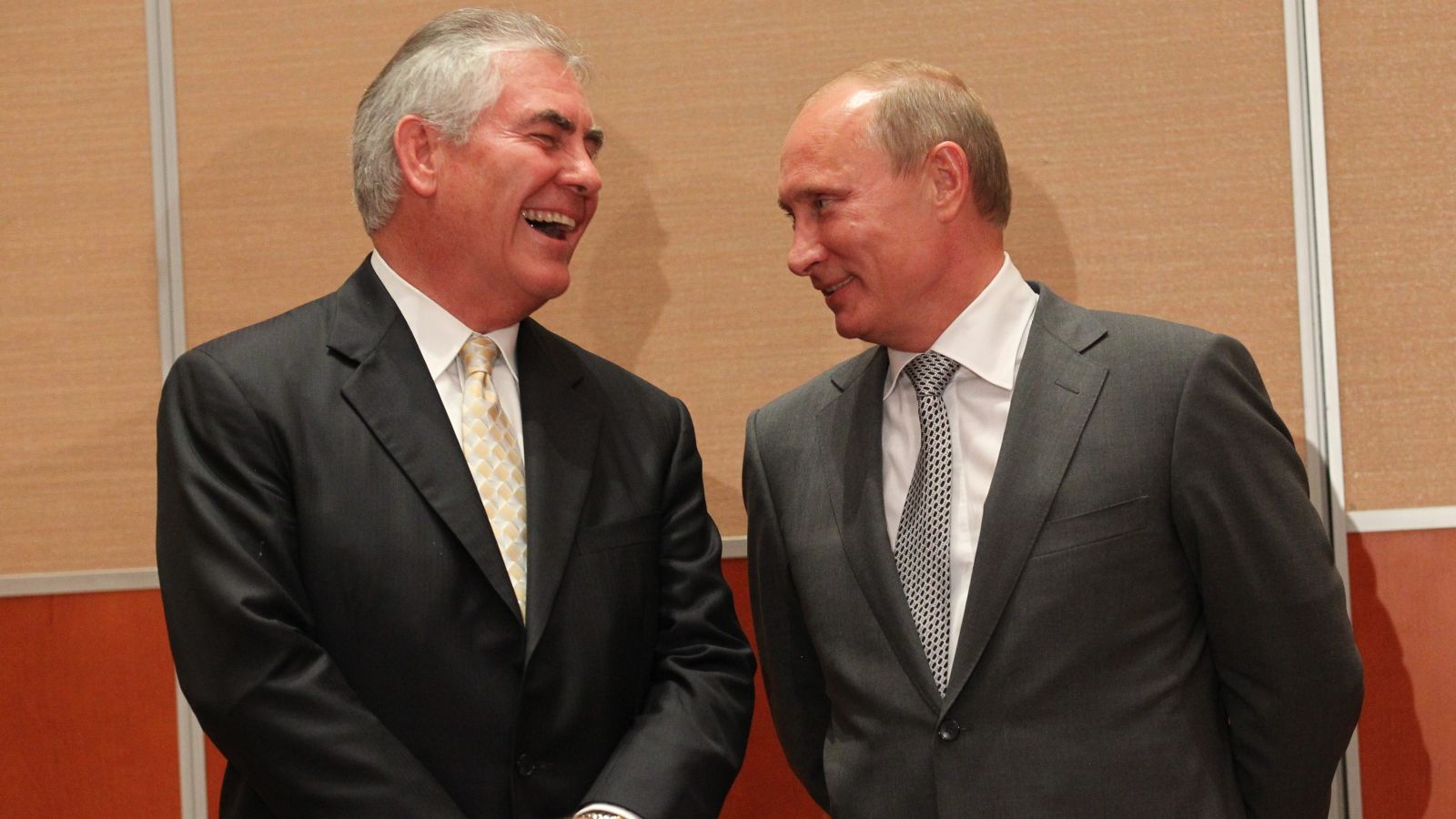 This is one of those stories that we're all going to wish we had paid attention to when everything turns to shit:

Secretary of State Rex Tillerson has reassigned a majority of the staff meant to work most closely with the top US diplomat in what career officials at the State Department fear is the start of a major reorganization.

The news sent shock waves through the agency and has left career officials on edge, in part because of its abrupt nature -- taking place before their assignments end this summer and replacements have been found -- and in part because these officials help the secretary, a government novice, work with policy experts throughout the building.

While Tillerson was on his first overseas trip at the G20 in Bonn, Germany, his aides told the entire staff in the offices of the deputy secretary of state for management and resources and the State Department counselor that their current assignments were prematurely coming to an end, according to senior aides.

Staff who worked for the head of the latter division, State Department Counselor Kristie Kenney, was told Tillerson does not intend to keep her position. Kenney was one of the last remaining senior officials at the department, having served as an ambassador under Presidents Bill Clinton, George W. Bush and Barack Obama, and is expected to retire next week. An aide to Tillerson told CNN, "no decisions have been made" about scrapping the offices permanently.

The right wing reaction is, "lazy diplomats are out of a job, durr durr durr."

The left wing reaction is, "a number of experienced diplomats are gone, leaving America with no functioning State Department."

Everyone else, "Trump is fucking fat."

There are tons more things that they do. The State Department is, truly and completely, the best of all of our Federal agencies because it's the one of the ones the Founding Fathers set up right from the start to keep us out of wars. You can't have a nation, a republic, or a free world without someone knowing how to deal with other countries. Think of how it must feel to be in a country that exists right now solely because of America's efforts to negotiate and defend its people from tyrants, dictators and Russians. It's every man, woman and child for themselves, but don't worry. Gas is only going to go up three dollars here in America when the oil men are back in charge of things just like they were when Bush the Lesser was president.

An oilman with no government experience who is really, really good friends with Vladimir Putin is now gutting the State Department in order to leave America completely and utterly without a functioning diplomatic agency with which to deal with the world. Like any other bottom-line watching businessman, he left the firings to an underling while running around trying to learn the job on the fly. What's normal for a multinational oil company runs absolutely counter to what's necessary for the American State Department. How fucked we are won't reveal itself right away, but, when it does, a lot of foreheads are going to end up being slapped.

Given that we have American interests everywhere, and that there are Americans all over the globe, what's going to happen when we have a real crisis? These come along pretty regularly. When one does, America's response to that crisis is going to be hamstrung by the fact that all of the experienced people needed to deal with the world are now gone.

A government is a wonderful thing when you need it. A government gutted by fools is something else entirely, and we're about to find out how bad it can truly get when American interests come under attack.