Of Course We Miss President Obama 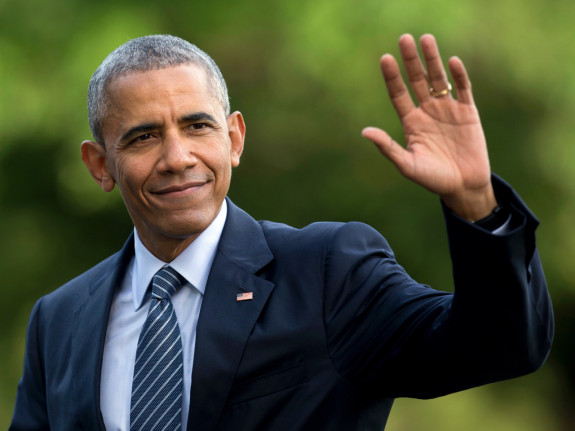 This is the easiest story in America to write:

Less than 2 weeks into Donald Trump's tenure as President, 40% of voters already want to impeach him. That's up from 35% of voters who wanted to impeach him a week ago. Only 48% of voters say that they would be opposed to Trump's impeachment.

Beyond a significant percentage of voters already thinking that Trump should be removed from office, it hasn't taken long for voters to miss the good old days of Barack Obama...52% say they'd rather Obama was President, to only 43% who are glad Trump is.

Why so much unhappiness with Trump? Voters think basically everything he's doing is wrong:

-Overall voters are pretty evenly split on Trump's executive order on immigration from last week, with 47% supporting it to 49% who are opposed. But when you get beyond the overall package, the pieces of the executive order become more clearly unpopular. 52% of voters think that the order was intended to be a Muslim ban, to only 41% who don't think that was the intent. And the idea of a Muslim ban is extremely unpopular with the American people- only 26% are in favor of it, to 65% who are against it. When it comes to barring people from certain countries from entering the United States, even when those people have already secured a Visa, just 39% of voters are supportive to 53% who are against it. And just 43% of voters support the United States indefinitely suspending accepting Syrian refugees, with 48% opposed to that. Finally voters see a basic competence issue with Trump's handling of the executive order- only 39% of voters think it was well executed, to 55% who believe it was poorly executed.

Do you know what never happened?

People did not get tired of President Obama. He provided calm, steady leadership and he never overstayed his welcome. He was the scandal-free president.

If you don't miss President Obama, then there's no help for you. This is the America you wanted all along? Day after day of crazy mixed with the implementation of twisted evil? Okay, then.