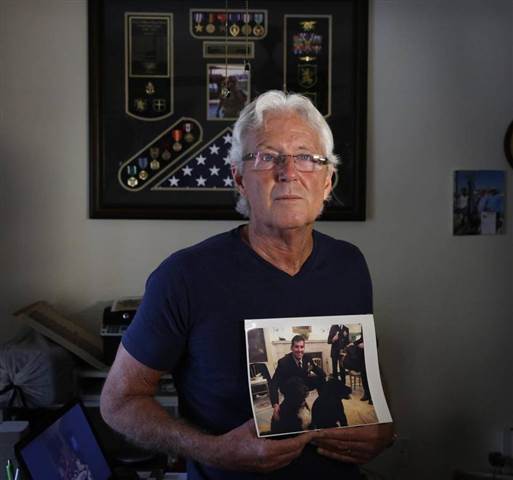 You couldn't have predicted this, now could you?

Last month's deadly commando raid in Yemen, which cost the lives of a U.S. Navy SEAL and a number of children, has so far yielded no significant intelligence, U.S. officials told NBC News.

Although Pentagon officials have said the raid produced "actionable intelligence," senior officials who spoke to NBC News said they were unaware of any, even as the father of the dead SEAL questioned the premise of the raid in an interview with the Miami Herald published Sunday.

"Why at this time did there have to be this stupid mission when it wasn't even barely a week into [President Trump's] administration?" Bill Owens, whose youngest son Ryan was killed during the raid, said. "For two years prior ... everything was missiles and drones (in Yemen)....Now all of a sudden we had to make this grand display?"

You have two things going on here. One, a Navy SEAL lost his life because a disinterested third party--in this case, the President of the United States--waved at some guys holding papers and said, in effect, "yeah, go ahead and carry out your raid." Two, there are so many people leaking information to the press that there is, in effect, nothing "secret" anymore. Classified information is no longer in existence because we have numerous officials so terrified of how bad the Trump Regime is governing this country that they cannot help themselves but leak sensitive material. It's the most remarkable thing I've seen in my entire life.

You have the Republicans, and they faux pro-military bullshit, literally being set on fire before the eyes of the American people. They've been lying about what happened since the minute it hit the press. Do they care about the truth? Do they care about making sure no one else has to die in an ill-conceived mission? Do they care about veterans or the military or safety or security?

They care about tax cuts for the rich, screwing everyone else, and covering Donald Trump's bountiful ass with a circus tent.

So, what's left? Well, if we had any kind of competent oversight of the Executive Branch, Congress would already be scheduling hearings into what happened on this mission. Given the entire precedent of the attack in Benghazi, I would say that both the House and the Senate should be ready to spend millions of dollars and several years getting to the bottom of why Donald Trump gave the go-ahead for a poorly planned mission that resulted in no intelligence gathering and the loss of one life.

The problem with that is, the Republicans are all hypocrites and won't touch this with a ten foot pole.