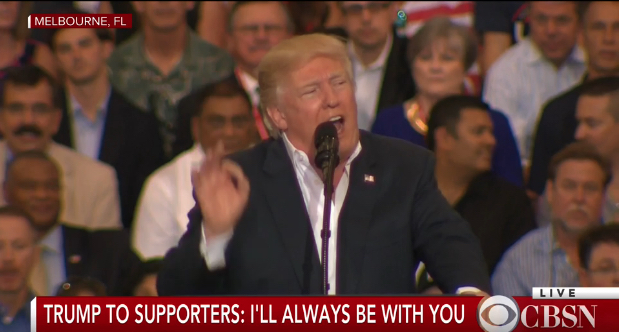 Appearing at a campaign rally for the 2020 presidential election, the President of the United States said this:

"I'm here because I want to be among my friends."

Bear in mind that this is the same man who hates dogs, has no friends, is tied to Russia's oligarchy, and has had the worst first month in American presidential history. He's on television, interrupting Saturday across America, to tell people that he's going to start building a wall no one wants with money he does not have.

He's so desperate for good news he has jumpstarted the next presidential election cycle by three years. You would be hard pressed to find anyone who is more in need of affirmation and acceptance right now. His "regime" is a fiasco. His agenda is in tatters. Millions and millions of Americans stand in stark opposition to everything he wants to do. But, dammit, he's going to spend your money campaigning for love from now until hell freezes over.