Is It True What They Say About Me? 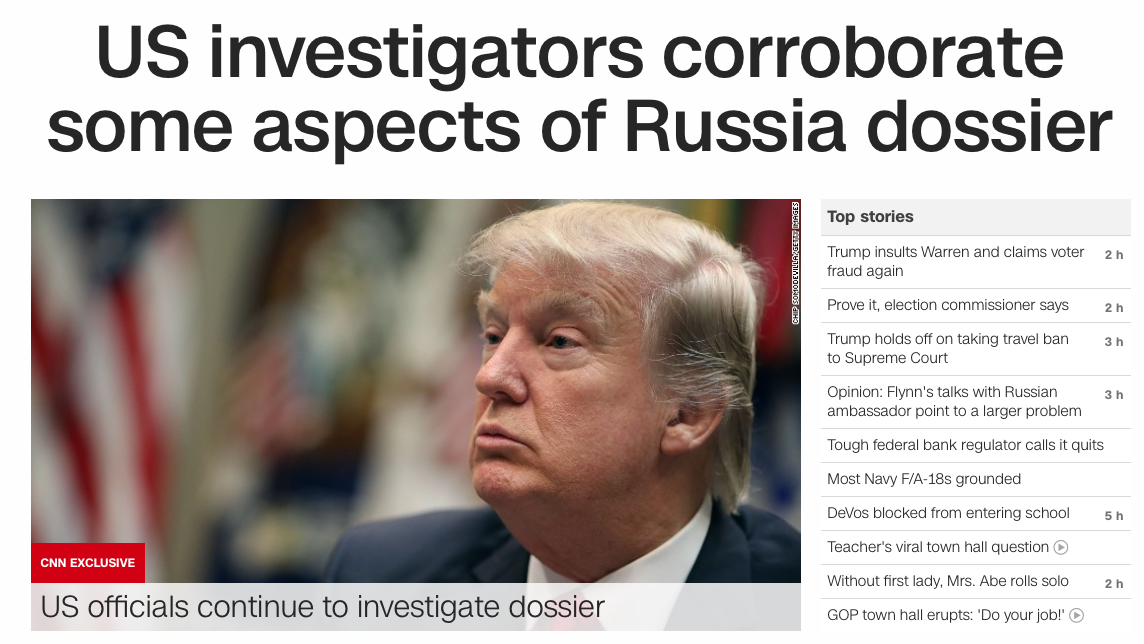 That's the front page of CNN.com this evening. Story after story, headline after headline, of negative, horrible news about the Trump Regime, which is barely three weeks old.

Has an American president in the modern era lost so much prestige and status this quickly? Has anyone ever gone off the rails this fast?

Honeymoon? What honeymoon? It's a fiasco.

There are too many stories to write about, too much going wrong, and there's too little time. As a whole, the collapse of Trump's presidency is a tribute to America's institutions, which looked to be in serious decline until now. The courts have stopped him (for now). The Congress is under siege. The National Security Advisor can't get his own staff a security clearance, and doesn't appear to know that we collect every voice call in or out of the Russian embassy.

Could we see a wave of stories about Russian pee hookers next week?