You Can't Grab Her by the Pussy Anymore 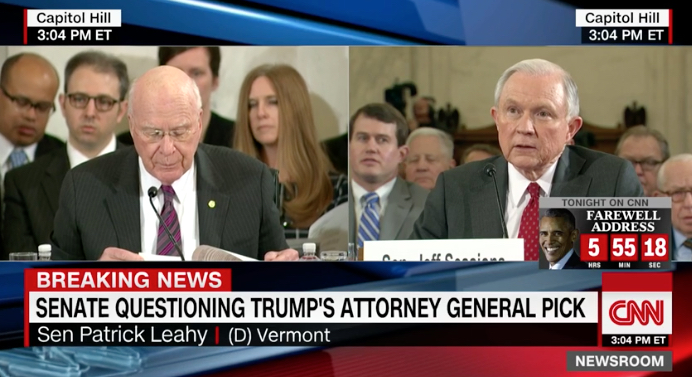 Senator Jeff Sessions has gone on the record as saying that you can't grab her by the pussy. I think this means his nomination is in trouble. He was supposed to go out there and defend pussy grabbing and he failed to do so. This is not what economically insecure white working class Americans wanted in an Attorney General. They wanted an AG who would defend pussy grabbing a little more forcefully than this.

If you look at his beady little eyes, Sessions is looking like he wants to grab Senator Leahy by the lapels and holler something unkind. Comity was supposed to shield him from having to stake out a position on pussy grabbing and, well, look where that got him. I can't wait until we have Sessions on record saying that no, we shouldn't be making fun of the handicapped, either.

Sessions was not prepared for this line of questioning, so I think the whole thing is going off the rails. He's in a position now where he's going to have to appoint a Deputy Attorney General for Pussy Grabbing, and I doubt very much if all of the new Federal pussy grabbers are going to be pleased by this turn of events.

Damn, Democrats. Where were you a couple of months ago? We sure could have used these tactics BEFORE the election.