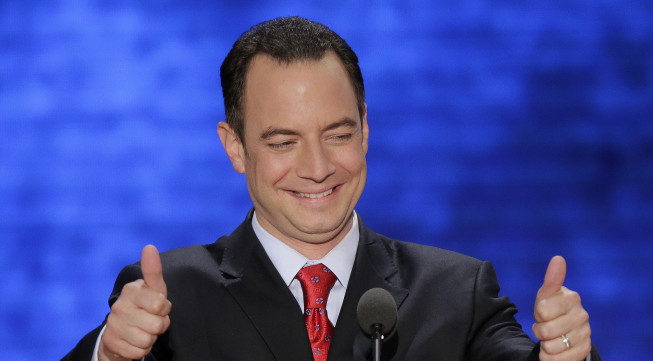 "We just had Senator Sanders on the program. He did not question the legitimacy of the President-elect," [George] Stephanopoulos said. "But he did say that it was right to bring up questions like this because of Donald Trump's past and questioning the legitimacy of Barack Obama with those years and years of questions about where he was born."

"Donald Trump's made it clear certainly over the last few years that President Obama was born in Hawaii," [Reince] Priebus claimed.

"Not until the end of the campaign!" Stephanopoulos replied.

"But hang on a second, George, we're not questioning the legitimacy of the outcome of the election," Priebus said. "You didn't have Republicans questioning whether or not Obama legitimately beat John McCain in 2008."

"It is a fact that Donald Trump was questioning whether President Obama was eligible to serve as president under the Constitution," Stephanopoulos countered.

"Just a factual point," Stephanopoulos interrupted, speaking over Priebus. "He didn't stop raising those questions until late in this campaign, not two years."

"But look, George, that's not the point!" Priebus said, visibly agitated. "The point is not where Barack Obama was born! The point is that we've got congressmen on the Democratic side of the aisle that are questioning the legitimacy of President-elect Trump."

The unmitigated gall of this man is breathtaking. The "birther" movement was entirely about making it appear that President Obama was not legitimately elected president. And to hear Priebus whining because his boss has been caught consorting with the Russians is staggering.

Nothing these people say can ever be believed.