Piers Morgan is Still a Dick 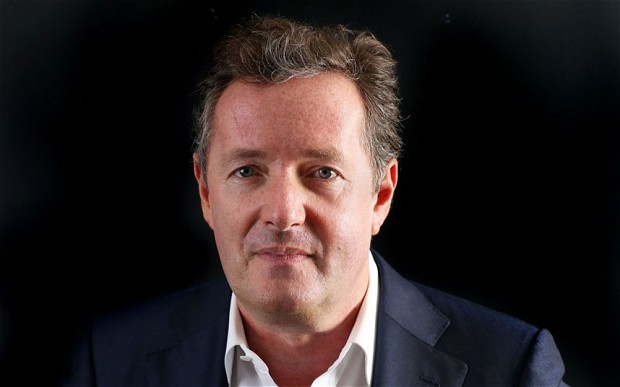 Last night, Streep received a Lifetime Achievement award at the Golden Globes, and chose the moment to launch a very personal attack on Donald Trump.

She began by saying that Hollywood, foreigners and the press are ‘the most vilified segments of American society right now’.

At which point the cameras panned out to hundreds of the richest, most privileged people in American society sitting in the audience in their $10,000 tuxedos and $20,000 dresses, loudly cheering this acknowledgement of their dreadful victimhood.

She then said that if all the ‘outsiders and foreigners’ were kicked out of Hollywood, ‘you’ll have nothing to watch but football and mixed martial arts, which are not the arts.’

I haven’t heard such elitist snobbery since Hillary Clinton branded Trump supporters ‘a basket of deplorables’.

The people in that room were not just fantastically wealthy celebrities. Um, many of them were members of Hollywood Foreign Press. Many of the performers were people of color, and have spent most of their career being undervalued and underpaid for their work.  And many more of them were members of the entertainment industry who work behind the scenes. It would shock people of Morgan's common background to perhaps learn that they are gay, lesbian, transgender, and thoroughly frightened that the laws that are going to be enacted by the Trump Administration are going to separate them from the people they love, destroy American society, and leave no social safety net for anyone.

The most common attack on Streep's speech seems to center around a supposed hypocrisy and her being "tone deaf" to the audience. Well, she wasn't just speaking to the people in that room. She knew she had a global audience of people interested in the arts who fear what's coming in the weeks and months ahead. Those are the people she was trying to reach, and she did that. It is impossible to mistake her tone. She spoke truth to power and timid men are terrified that she got their first and seized the moral authority necessary to make a point that people applauded.

Attacks from people like Piers Morgan are happening only because what she said resonated with those who are going to have to resist the Trump agenda. And the wealthy people in that room? They donated heavily to Hillary Clinton, and they will donate heavily to causes like Planned Parenthood and the like. They're the ones writing checks to keep food banks in business. They're the ones, in case you missed what Tom Hiddleston said, supporting international aid organizations.

Attacking a woman who has dedicated her life to the arts because she attacked a phony billionaire who shits in a gold commode and disdains the accommodations of the White House is just dickery. Morgan is the ultimate imported embodiment of a snarling gobshite, never content to just take his failure and slink away.